Long Read: The NRC Has Been Sabotaged, Bangladeshi Infiltrators Obtain Legitimacy While Assamese Are Hurting

The Virat Rashtriya Raitas must feel pleased!
Click to expand...

Haha I knew this was going to happen. Congress with cow strikes again

where i can find Assam NRC complete list or data of initial draft and final draft ........
please don't right do google search i have done some not yield result

LOL. India will become great nation one day. Termites are eating us in and out. This democracy has become a joke. 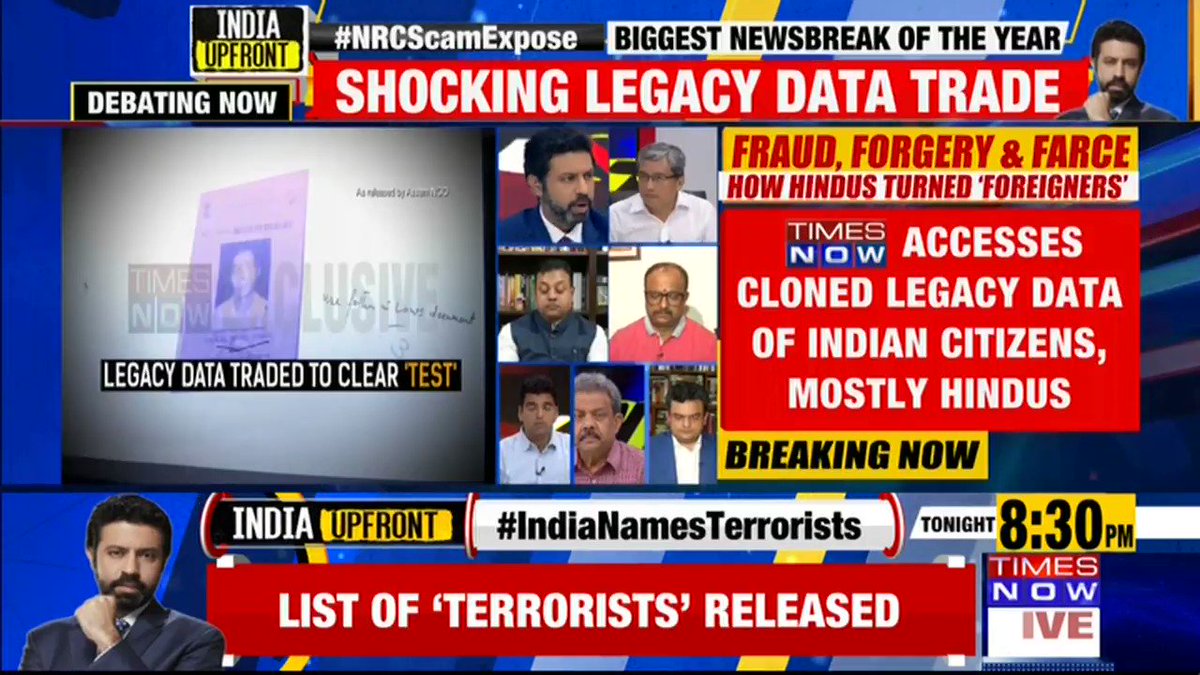 A chauhan said:
BD infiltrators area national menace, they are not convinced to Assam or WB.

This bloody auto correct feature of DFI is always embarrassing it never works with gesture typing !!

All that they have to do is to allow hindus to stay and throw muslims out and the govt babus showed their incompetence again.
S

Please enter a message with at least 30 characters.
P

Karnataka Police on Friday (22 November) carted away a contingent of 59 Bangladeshi illegal migrants by train to Kolkata as part of the state's deportation exercise, an official said here.

"They (illegal migrants) have been taken by a train, they are travelling towards Howrah. They have already boarded the train along with 30 Karnataka policemen," Bengaluru East Deputy Commissioner of Police S D Sharanappa told IANS.

Including women police officers, the 30-member Karnataka police team is escorting 18 men, 23 women and 18 children for handing over to the West Bengal Police and the Border Security Force (BSF).

"We spoke to the concerned agencies of West Bengal Police and also the BSF, we are coordinating with the Karnataka Home Department and the Union Home Ministry," said Sharanappa.

According to him, there are no cases against the illegal migrants as they are victims of human trafficking.

The train carrying the illegal migrant contingent is scheduled to reach Kolkata around 3 PM on Saturday (23 November), after which they will be handed over to the West Bengal Police and BSF, he added.

Police had to move the Bangladeshis to the Puttaparthi railway station of Ananthapur district in Andhra Pradesh to board the train, as the South Western Railway zone could not provide a full coach to accommodate the police right from Bengaluru.

Arrest made on the Bangladesh side.
P

Here a Bangladeshi news channel says, "Fearing CAB and NRC, thousands of Bangladeshi Muslims are coming back to Bangladesh everyday, who had infiltrated into India."!

Indian govt should do two things to win the war of perception.

1, Those who are choosing to return, they should be treated well and some arrangements made where possible for their safe return to BD. Have humanitarian aid and facilities available there are children involved.

2, Those who want to return to India, should do so legally with a visa. Anyone found illegally staying in India should lose their right to enter legally later. But if someone is caught trying to reenter BD they should not be punished but encouraged.

some of the more knowledgeable posters can comment on how these things happen or could happen at ground level.

But intent should be to encourage those returning ( not punish them if they are in the act), and open avenues for immigrating legally ( so that legal controlled option is always available)
P