Darshan Kumar plays Krishna , who is a kashmiri pandit living in mainland India like all kashmiri pandits do....they have been forced away from their homeland decades ago with no return in sight for now . But the death of his grandfather forces him to go to his native state after a long time . His grandfather pandit pushkarnath played by anupam kher whose father's name in real life was also pandit pushkarnath ( director Vivek ranjan agnihotri chose the name as tribute to anupam's father ) wanted his ashes to be immersed in his homeland Kashmir and Krishna has to return to there for that .

For Krishna it becomes a life changing journey , because in Kashmir he comes face to face with the truth that has been hidden from him all these years . The truth is of how his parents and brother had been killed by Muslim terrorists and the reason for him being shielded from it is the sheer horror attached to it due to the gruesome nature of the murders . For it is in Kashmir that he gets to meet his grandfather's friends who show him the files which tell the reality of how kashmiri pandits were murdered for being non Muslim in a land newly plagued by jihad---probably that's why the movie is named the Kashmir Files .

The friends have gathered to pay last respects to Krishna's departed grandfather , and as conversations proceed into past memories the horror of what happened to hindus during that terrible period comes before us in flashbacks . How Muslim neighbors turned into enemies and how the state failed to protect hindus is brought out as the grandfather's friends discuss and spar and ultimately end up in a physical fight over the pusillanimous role of television in those times , a television controlled by the government that refuses let Indian public know about the reality .

The friends are played by mithun Chakraborty who plays an ias officer , by puneet issar who plays the former police chief , by Prakash belawadi who plays a doctor and by Atul Shrivastava who plays the much maligned television presenter who is forced to hide the truth in his presentations . It is through their reminisces that we see the past in action , of horrifying images of kashmiri hindu men hanged by terrorists and their former Muslim acquaintances preying upon their women .

But why is Krishna forced to confront the truth ? Because in mainland India he has got into company of urban naxals ( a term made famous by Vivek agnihotri himself in his film 'buddha in a traffic jam' ) led by radhika menon played by Vivek's wife pallavi joshi . And they have turned Krishna into a zombie whose thoughts are controlled by them directing him to hate his own country and his own religion . He has been sent to contact a Muslim terrorist ( Farooq ahmed dar played by chinmay mandlekar ) by his mentors . Krishna has to be brought out of his crazy ideas very fast and the only way to do it is by telling him the truth about how his parents and brother had been murdered by the very terrorist he is supposed to contact .

As Krishna returned his college campus to lecture his urban naxal mentors about what he had seen in Kashmir and began to talk about how Kashmir when it was hindu majority was the most advanced place during that time and how Muslim invaders had torn apart that greatness to smithereens and was thus trying to change their views , I began to wonder if the director was once again over indulging in his favorite topic of urban naxalism instead of concentrating on Kashmir . But I was wrong . The director once again sharply makes us focus on Kashmir through a terrible climax . The last scene is the killer punch of the movie .

The horrifying tribulations of the kashmiri pandits are all too well brought out in the movie . Of being murdered and raped and driven from their land , of bad conditions in refugee camps , of failing hopes of returning to their homeland , of trying to preserve their culture away from home , of selfish politicians turning a blind eye to their sufferings .

Acting wise , performances are top class--by anupam kher who has put heart and soul in this movie as he is a kashmiri pandit himself , by pallavi joshi as the scheming professor responsible for Krishna's brainwashing , and by chinmay mandlekar as Farooq ahmed dar , the chilling terrorist was doesn't bat an eyelid while sawing a live kashmiri hindu woman in half and force feeding her with rice spattered by her butchered husband's blood . Yes such scenes are in the film . It's not for the faint hearted .

There are no songs but music is appropriate for the occasions and photography is decent . I would recommend it as compulsory watch for all patriotic Indians .

And we need to do the same for all the Hindus that were killed in Pakistan after 1948. The Pakistan Files.

Need something like PoK files that covers the fall of Gilgit. Battle of Mirpur by locals against Pakhtoons. One of the bloodiest ever chapter in J&K's history.

Blademaster said:
And we need to do the same for all the Hindus that were killed in Pakistan after 1948. The Pakistan Files.
Click to expand...

Those hindus are not our responsibility... They are all Pakistani for all I care. If they want to come to India.. They are welcome. Till then they are on enemy land & not our headache. They should have left as soon as Pakistan became Islamic republics. Mirpuri Hindus are proud Indians today. They faced worse circumstances & came to Jammu Poonch Rajouri. Same goes for other refugees.

We have to clean our own house first & save Hindus living in India. Critical states are Kerala WB for us.

This movie made me memorize this - "Raliv, Galiv ya Chaliv" i. e. Convert, Die or Run. Will use it on appropriate moment. 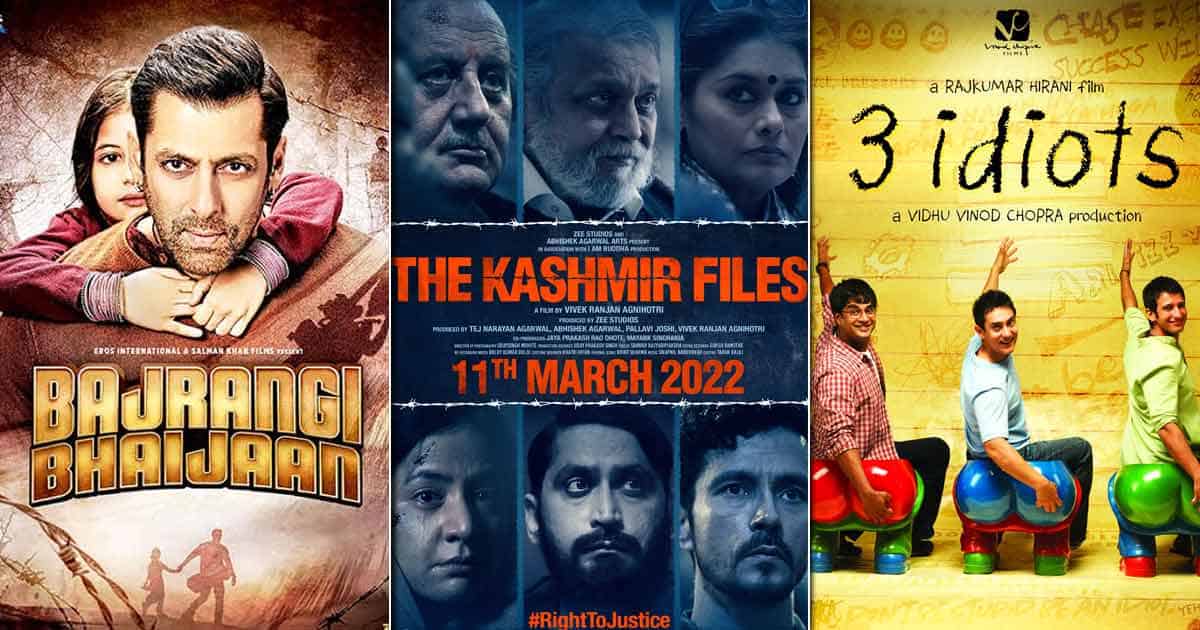 The Kashmir Files continues to rake in wonders at the box office. The latest is that it surpassed Bajrangi Bhaijaan & 3 Idiots. Read on.

cereal killer said:
Need something like PoK files that covers the fall of Gilgit. Battle of Mirpur by locals against Pakhtoons. One of the bloodiest ever chapter in J&K's history.
Click to expand...

There are some recent references in various discussion forums, to the killing of Moslems in Jammu in 1947, whenever Islamic terror comes up( as a way of explaining or mitigating it) . Those killings were linked to partition violence, and the slaughter of Hindus in what is now the Pakistani section of Kashmir. There are still considerable numbers of Moslems in the Jammu region. There is not a *single* Hindu in Pakistani Kashmir, whether it is Mirpur, Bhimbar, Kotli, Muzzafarabad, Skardu etc. Of course, barely anyone brings this up.

Varoon2 said:
There are some recent references in various discussion forums, to the killing of Moslems in Jammu in 1947, whenever Islamic terror comes up( as a way of explaining or mitigating it) . Those killings were linked to partition violence, and the slaughter of Hindus in what is now the Pakistani section of Kashmir. There are still considerable numbers of Moslems in the Jammu region. There is not a *single* Hindu in Pakistani Kashmir, whether it is Mirpur, Bhimbar, Kotli, Muzzafarabad, Skardu etc. Of course, barely anyone brings this up.
Click to expand...

You must be referring to Jammu Massacre which is linked directly with partition. Yes Muslims were killed in the region & demography was altered to a extent. One of the rare times when Hindus went on offensive. Massive reason why J&K still holds a decent Hindu population. Losing Jammu for Hari Singh would have been a nightmare for him & India.
Muslims extracted their pounds of flesh in Poonch/Rajouri region which had increasingly become hostile to State forces & were on loose. Calls of joining Pakistan were louder.
Happenings in Jammu lead to rampage in Sialkot as well. Lots of Sialkoti Hindus fled to Jammu as people were culturally more linked than say Punjab which we all know was already a bloodbath. They still live there & are proud Indians.

Pakhtoon invasion wiped out thousands of Hindus in Mirpur Bhimber Kotli Muzzafarabad. Mirpur had a great deal of Hindu population. There is a special chowk in Jammu which is dedicated to Battle of Mirpur when thousands of Hindus gave up their lives with zero support from GOI/Army. Stories say Men fought with sticks & stones against invaders. Hindu Sikh women committed suicides in thousands. Those who got caught were sold in Rawalpindi.
Quite a few Mirpuri Hindus fled as well & they live in Jammu right now & GOI gave them colonies &, lands in Jammu.
V