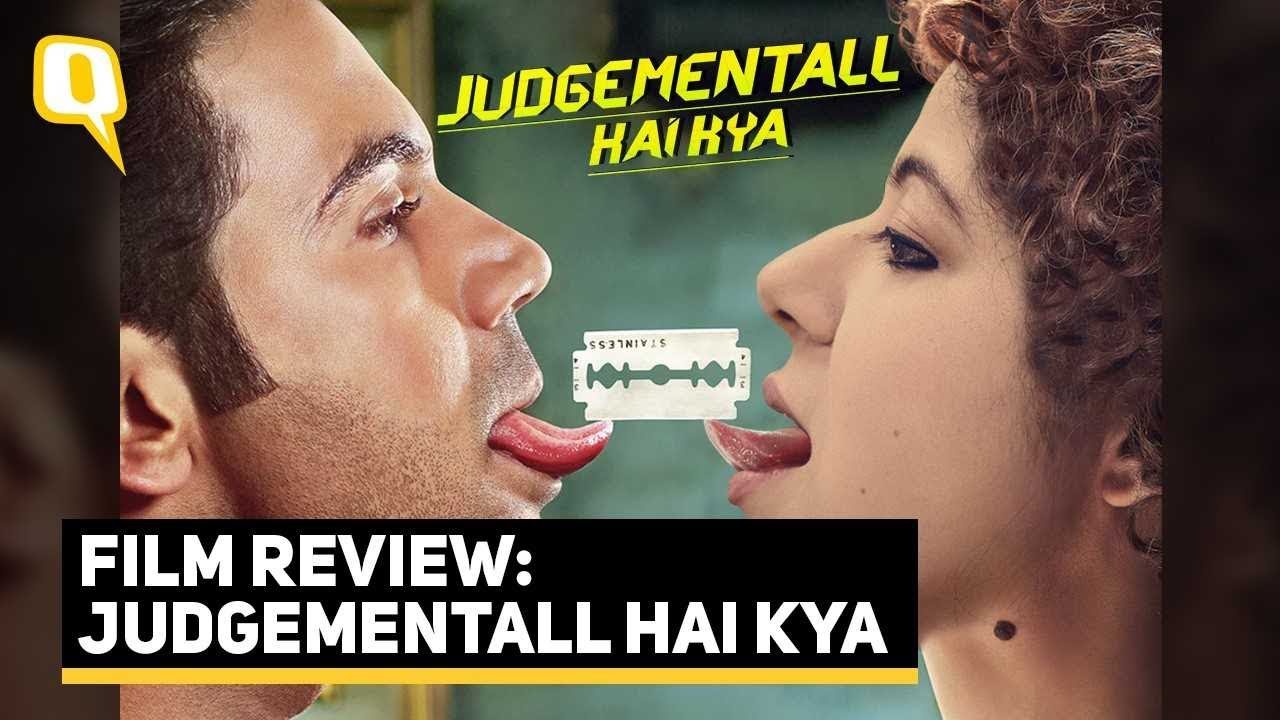 This film was actually to be titled 'Mental hai kya ' ( Are you mental ) , but the word mental was thought to be derogatory towards those with mental problems . So mental became judgemental .

Bobby ( Kangana Ranaut ) has had a traumatic childhood which left her with acute psychosis . Into this life comes Keshav ( Rajkumar Rao ) as her tenant and Bobby develops physical attraction for him . But with him also comes his hot wife Reema ( Amyra Dastur ) and Kangana is soon spying on the couple . She discovers that Keshav has habits which he has hidden from his wife , and soon an incident occurs which convinces her that Keshav is going to kill Reema . One day Reema really gets killed and Bobby rushes to the police convinced he killed his wife . But Keshav has another take on this . He says that Bobby was obsessed with him and killed Reema because voices in her head told her to kill Reema . That she herself does not know what she did due to her psychosis . However the police shut the case as accidental death .

Later Keshav comes into Bobby's life again and he has another wife---played by Amrita Puri , who is daughter of HDFC bank CEO Aditya Puri in real life . Again a cat and mouse game develops between Keshav and Bobby , with Bobby trying to convince the wife that Keshav is going to kill her also and Keshav countering that it is Bobby who is a threat to his wife's life . So who is the murderer ? Watch the movie for the answer .

Bobby's profession is that of a dubbing artiste , and she has the hobby of getting herself photographed by a professional photographer who takes photos of models . The first half of the movie has some quirky situations with Bobby having a boyfriend whom she uses for doing her daily chores but never gives him what every man needs---sex what else . But in the second half the identity of the murderer becomes clear before it is actually revealed . So the fun is somewhat spoiled . Kangana acts well and so does Rajkumar Rao . The movie is full of different colours and is decently photographed . Music and songs are not so great however .