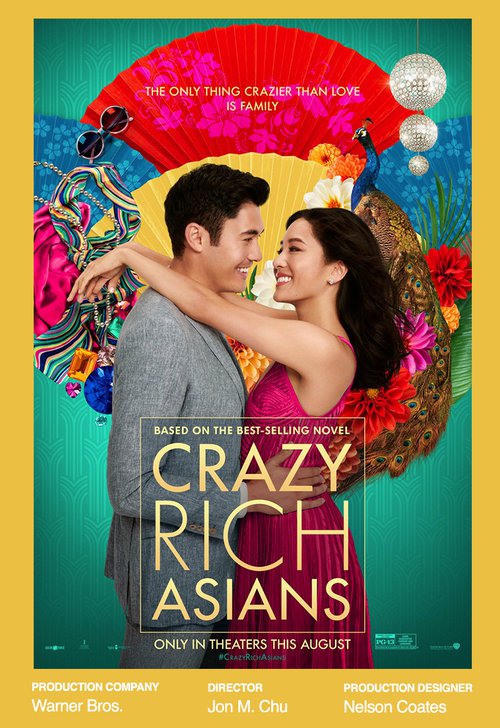 Rachel Chu ( Constance Wu ) is a professor of economics in America . She has a boyfriend named Nick Young ( Henry Golding ) . Both are of Chinese descent and Nick is actually from Singapore . He invites Rachel to Singapore for the wedding of his best friend and they decide to go .

But on the flight and in Singapore Rachel realises that Nick is from a very rich Singaporean family , a fact that Nick has hidden from her for so long . She herself is only a commoner compared to him . In Singapore the couple is invited to a lot of parties and we get to see the life of rich Singaporeans and all their wealth . Nick lives in a huge mansion guarded by turbaned Sikh bodyguards .

But Rachel also gets confronted by difficulties due to Nick's status . He has other women angling for him and they accuse Rachel of being a gold digger . Nick's mom disapproves of an American girlfriend like Rachel because she feels that Americans are too individualistic and do not think about the wishes of family like Asians do .

But Rachel has loved Nick even when she did not know about his money and decides to fight the odds to get the man she loves . However his mother has set private detectives to dig information about her and they bring up something unsavoury about her past that even she did not know . Rachel is stunned by the new info that turns her life upside down and is temporarily at a loss as to what she should do .

But when the situation gets tough the tough get going....Rachel then turns the tables on her adversaries by doing something that proves that she has way more class and integrity and strength of character than all the rich people she has met .

So what is the secret that even Rachel does not know ? What is her counter reaction to revelation of the secret and it's repercussions ? Watch the movie for the answers .

The movie shows that beyond the west there is money to be found and flaunted even in the orient . The life of rich people in Singapore is showcased perhaps too extravagantly in the film . Acting wise the movie scores . Photography is nice , especially of Singapore . Colours are good too . Background music is hummable .