Around the world in 8 mths: All Women Navy crew of INSV Tarini returns to Goa

Eight months after six women officers of the Indian Navy set sail aboard INSV Tarini, the vessel returned to Goa on Monday after circumnavigating the globe. With their return, the women have found their names etched in in maritime history as India’s first all female crew to undertake such a voyage.

On Monday, the 56-ft yacht culminated an arduous journey of 21,600 nautical miles that began on September 10, 2017. One of the crew members, Lieutenant Commander Vartika Joshi, articulated two words — ‘Circumnavigation complete’ — before defence minister Nirmala Sitharaman; two words neither she, nor maritime history, will ever forget. 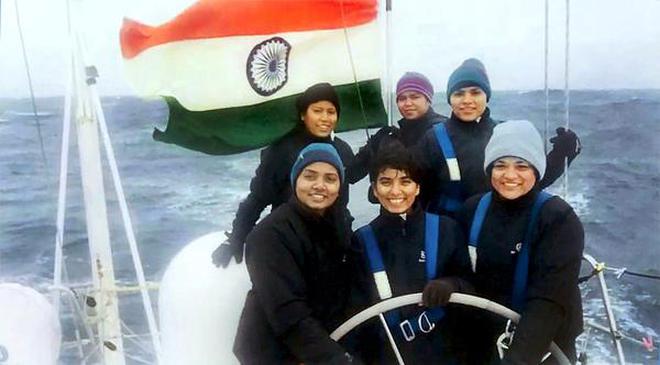 Braving the Pacific storm on the way to Falkland Islands..... 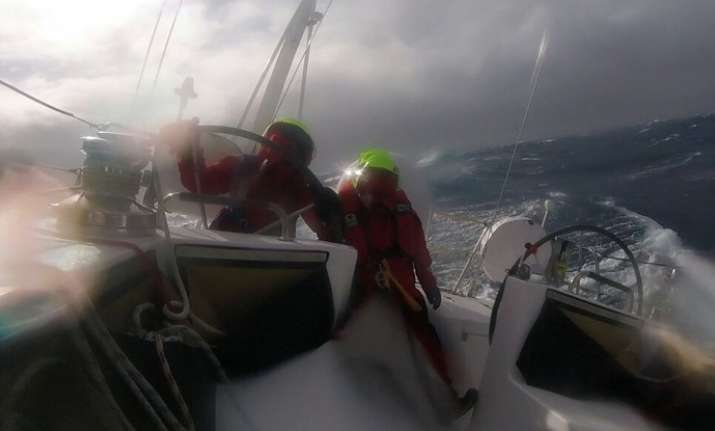 “These officers are now among the illustrious Indian women whose accomplishments in diverse fields have contributed immensely to the discourse of women empowerment,” said chief of naval staff, Admiral Sunil Lanba.

During the 254 day-long voyage, INSV Tarini met all criteria of circumnavigation — crossing the equator twice, crossing all longitudes, as also the three great capes, Cape Leeuwin, Cape Horn and Cape of Good Hope.

Since sailing out from INS Mandovi, the crew has been at the mercy of the weather and it has not been smooth sailing all through. From zero wind to winds in excess of 60 knots, the vessel encountered everything nature had to offer. 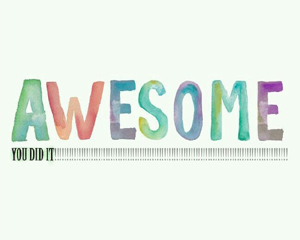 You must log in or register to reply here.
Similar threads
Protests Around The World
At UN, Erdogan Cites Muslims’ Plights Around the World, But No Mention of China’s Uighurs
Military fails around the world...
Jihadists from around the world flock to fight with Isil: UN
Share:
Facebook Twitter Reddit WhatsApp Link