Any threat to Saudi Arabia will evoke a strong response from Pakistan: COAS 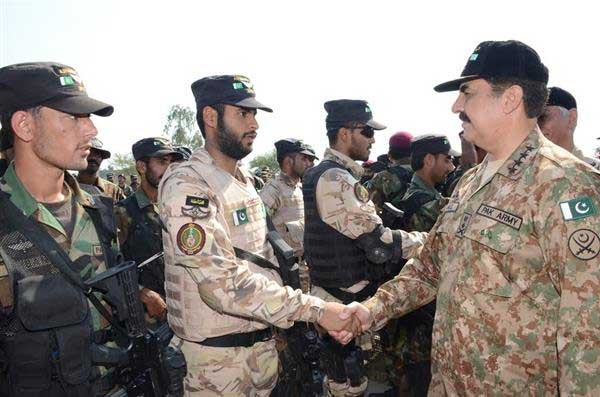 Al – Shihab focused on counter terrorismtraining of the special operation forces of Pakistan and Kingdom of Saudi Arabia which included cordon and search operations, airdropping and heli lifting of special forces for operations against terrorist’s acts and their hideouts.

On the occasion, General Raheel Sharif said that Pakistan and Saudi Arabia enjoy strong and brotherly relations which have a long history of deep rooted cooperation.

While meeting the participating troops, he appreciated their dedication, motivation and professionalism. 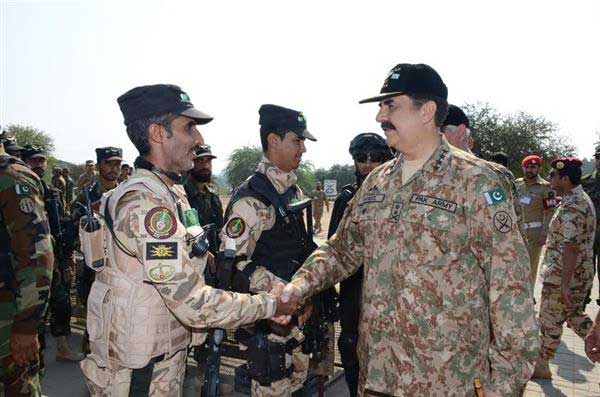 This exercise signifies the joint effort of our two nations against terrorism and Insha’Allah we will defeat this menace in all its forms and manifestations," he said.

The Army Chief reiterated that any threat to the sovereignty and territorial integrity of Saudi Arabia will evoke a strong response from Pakistan.

Not only that they will also give blowies on saudis demand

While Pakistan keeps and does threaten Israel ... And USA policy is Pakistan friendly (even with the Israel threats). Why won't the pakis say such things like above to support house of saud they are emboldened to think they are supreme and indestructible.

USA and relatives keep allowing and accomodating the negative Israel behavior of Pakistan it is sickeningly shocking. What is the distance of mecca from Pakistan and Israel to Pakistan. Who would threaten and can challenge mecca. What about future they can and will.

In a 2009 interview — given after he had served five years under house imprisonment — Khan said that “since Iran was an important Muslim country, we wished Iran to acquire this technology”. “Iran’s nuclear capability will neutralise Israel’s power,” he added.

(This with shia and sunni tension and competition. But to take a hit at Israel was irresistible to Pakistan. Bravely (hahah) hide behind Iran.)

Being pro sunni and defender of mecca . pakia are also extremely negative towards israel . And by coordination usa support of Pakistan is what?? Giving Pakistan breathing space develops standards and precedents where others will ask why Pakistan allowed. Jump in the along its rewarding. Saying no and nothing does not signify they cannot and wont. USA policy to Pakistan like a wheel on bus goes round and round.
Last edited: Oct 31, 2015
B

Any threat to sovereignty and territorial integrity of Bakistan, No Problem. Threat to Saudi Arabia. NO. NO. NO.

What reaction ? Pakistanis will castrate themselves ?
You must log in or register to reply here.
Similar threads
Saudi Arabia in $750bn threat to US over 9/11 legislation
Twitter responds to Saudi Arabia threats over ISIS comparison
Parallels Between China & 1930’s Germany - Democratic nations must wake up to the threat
Rahul gandhi , been too soft heart , does it a nation security threat ?
Share:
Facebook Twitter Reddit WhatsApp Link