Anatomy of a ‘liberal’ Indian: By Chetan Bhagat

In discussions of Indian politics on social media, two distinct camps make the most noise. One of them is the ‘right-wing’ camp. These people call themselves nationalists. As a derogatory term, this camp is also referred to as ‘bhakts’, ‘sanghis’ and ‘chaddiwallahs’ in reference to their love for Hinduism and support for BJP, Modi and RSS (which uses outdated and unfashionable shorts in its uniform).

The people giving these labels belong to the other camp. They have quite an elegant term to describe themselves – liberals. That sounds like a bunch of intellectuals sipping tea and gently persuading each other with deeply intellectual arguments. Nationalists, on the other hand, sound like frenzied activists beating their chests on the streets.

However, let me tell you what those who call themselves ‘liberals’ truly are. Our lovely liberals usually have no clue on what India should actually be like, whether on matters of economic policy or of secularism. They never have solutions, so it is hard to put a finger on what they truly represent.

However, they exist, and operate in a predictable, herd-like manner despite claiming to be freethinking intellectuals. So, who are they?

These liberals actually are people who grew up with a certain amount of privilege compared to their peers. This class privilege comes not only in terms of money but also the level of English medium education they received and the world culture they were exposed to.

Remember the kid in school who brought hotdogs in his tiffin when you didn’t even know what a hotdog was? Remember the boy in class who had been to Disneyland, while you were waiting for your next birthday to go to Appu Ghar (if you were in Delhi, of course)? These kids grew up and had a huge advantage over other Indians.

They had better connections, spoke superior English and could blend in well with the upper classes because of their cultural exposure. To be above the riff-raff allowed them the best jobs and more importantly, a higher stature in society. These privileged kids could identify other privileged kids, and liked to stay in each other’s company.

Since differentiating themselves was important, they began to look down on almost all things liked by non-privileged Indians. Vernacular languages, for instance, were considered a sign of lower class. Someone speaking English with a local Gujarati or Bihari accent was mocked (while someone who spoke English with an Italian or French accent was seen as exotic and romantic).

Hinduism was seen as a backward religion followed by the lower classes. Since Indians have a class system ingrained into them anyway, the privileged kids created their own class and happily lived in that bubble.

Alas, over time India progressed economically. Talent came into demand and privilege mattered less. As merit and talent earned jobs more people had money, even though they perhaps lacked the global cultural exposure the privileged kids had received.

Also, the talented kids felt no need to belittle the local culture, language or religion. This created a relatively large class of proud nationalists – the economic growth seeking generation of Indians who were perhaps not so well exposed to world culture.

The privileged kids felt insecure. They ganged up as one and re-branded themselves as liberals. Calling themselves secular, inclusive, tolerant and conveniently forgetting how class conscious they are, they claimed to save India from the Hindu invasion. Quick to attack any Hindu fundamentalist trespass in the name of secularism, these liberals would not be found attacking Islamic fundamentalists the same way.

They claimed to be modern and fair, but one would rarely find them speaking out against Islamic diktats that militate against gender equality. Liberal discussions on Godhra riots never touch on how Islamic fundamentalists burnt trains with passengers inside.

There is a reason why liberals are derogatorily referred to as pseudo-secular, pseudo-intellectual and pseudo-liberal. For their agenda is not to be liberal. Their agenda is to look down on the classes that don’t have the global culture advantage.

If, for instance, Modi and Amit Shah had gone to Doon School, or studied in college abroad, or at least spoke English with a refined world accent, the liberals would have been kinder to them.

The sad part is we do need, quite badly, a class of real liberals and intellectuals in our country. We need people who have new ideas and solutions as well as a desire to be truly inclusive for all Indians. Hating Modi is not going to solve anything. Neither will looking down on the less privileged and their desires and aspirations. Instead, come up with ways in which Indian society can truly change.

If you want to be truly liberal and intellectual, then stop pointing fingers and making it a Congress versus BJP game. Figure out solutions we need to implement as one society – be it a common civil code that supersedes any religion, a common agenda for economic reform, English for all or improving educational facilities for everyone.

Don’t depend on the politicians to do it all, for they have to defend their jobs and hence vote banks first. If liberals and intellectuals in civil society can build consensus for reform, politicians will also act on it. If you are planning to become a liberal, be solution-oriented, truly open-minded and anti-elitist. Sipping tea from fine china cups is optional (and totally fine, of course).

What a wonderful way to describe pseudo-secular, pseudo-intellectual and pseudo-liberal..

copying all online members for a discussion...

they have solutions but modi does not let them work. 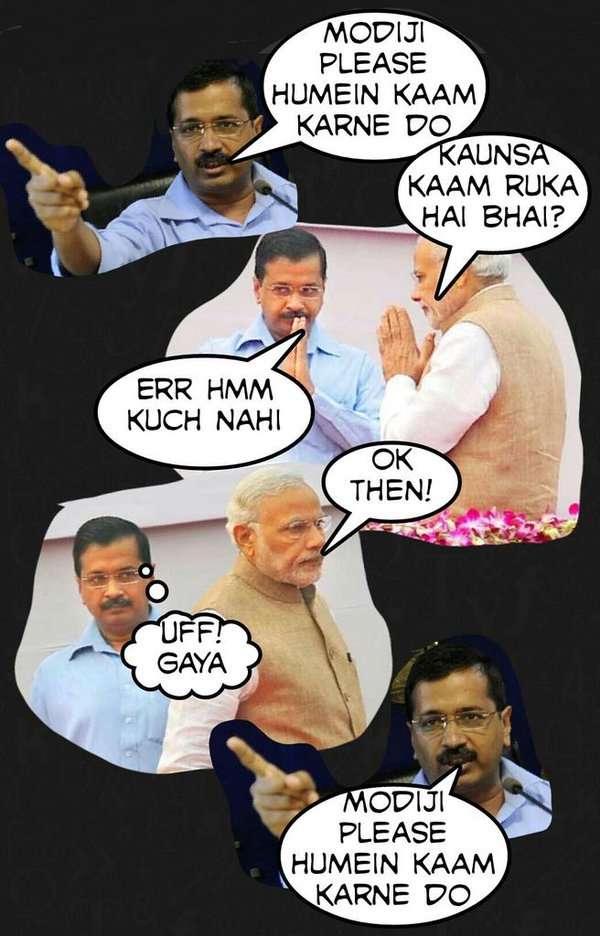 Already read Hindi version of this piece, @A chauhan has posted a thread about it, kindly merge. Btw, Chetan Bhagat is spot on.

It is an all out ideological war been fought between the so called liberals [ Hypocrites to the core ] backed by Congress / Communist + and the BJP+ ... After the 2014 election they have come to the reality of the days of Congress are over now... and congress is dying its natural death ...

Congress have take great care to built a eco system of liberals [ artists, writers, filmmakers ] over 60 years as a support mechanism to have its control of the Indian masses for long... these same so called liberals are done the same falsification of history to supports the same congress rule for long...

But these so called liberals fails to get that young India has changed a lot and is very different from the one's from 40's 50's & 60's... They want accountability ...
You must log in or register to reply here.
Similar threads
Anatomy of a ‘liberal’: Indian liberals do not offer solutions, they use the term as a class marker
Anatomy of an internet troll: How social media birthed a strange new phenomenon in India, the bhakts
Anatomy of Aam Admi Party
Anatomy of China's credit bubble
Share:
Facebook Twitter Reddit WhatsApp Link