An other trip to Wuhan by Navneet Kumar Bakshi 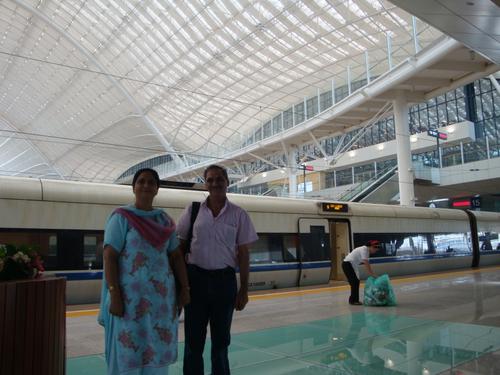 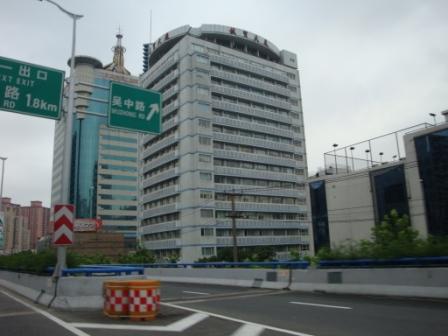 Can We Compare India With China? | Sulekha Creative
Y

Yijiuliuer said:
Can We Compare India With China? | Sulekha Creative
Click to expand...

Lived in Hong Kong for 8 months,thought how shitty the place was.......went to China for nearly two months...... came back to Hong Kong felt like heaven

Looks like Navneetkumarbakshi didn't had the time to visit hutongs and ant colonies of Beijing.
Y

cloud_9 said:
Lived in Hong Kong for 8 months,thought how shitty the place was.......went to China for nearly two months...... came back to Hong Kong felt like heaven

Looks like Navneetkumarbakshi didn't had the time to visit hutongs and ant colonies of Beijing.
Click to expand...

Well shitty as China is, still makes Navneet hurried out from India.
He complains a lot urine smell in Mumbai, I don't know if it is true.
and he has been living in China for 3 plus years, I think he knows more about this country than you do, does not he?
Last edited: Nov 8, 2012
Y

cloud_9 said:
Lived in Hong Kong for 8 months,thought how shitty the place was.......went to China for nearly two months...... came back to Hong Kong felt like heaven

Looks like Navneetkumarbakshi didn't had the time to visit hutongs and ant colonies of Beijing.
Click to expand...

or maybe this can refresh your memory?

When we reached the airport something seemed out of place. The landscape was somewhat familiar but not the right one. Most of the welcome signs were of the domestic airlines. SmartSulekhika got down from the cab and said, " Ye to mujhe Terminal Three Nahin Lagata." I ignored her statement more out habit than concern, pushed my trolley to the entrance gate and showed my papers to the guard. "Ye to domestic Airport hai sir, Terminal 3 to yahaan se saat kilometer door hai." SmartSulekhika looked at me from top to bottom as if sizing me. She measured her words that could cut me to the required size and chose the proper adjectives form her endless vocabulary. "I can't believe", she said, "that a frequent flier can make such silly mistakes." The words were weighty and they hit me hard but it wasn't time for one- up-man/woman-ship.

I tried to salvage what was left of my smartness and smarting within, immediately spoke to the driver of the taxi that stopped to off load other passengers and dumped the baggage in the dickey. She spoke more of my ability ( choosing her adjectives carefully) and of the people who are careful, without naming them. I groaned audibly but it didn't deter her. "You should live with them", I spoke with finality and it effectively brokered peace of the kind we have with our neighbouring country that was once a part of us.

"You should have called the same taxi driver, who played smart with us."

"We would have missed the flight then."

"I will claim it all from the company", I said to test if loss of money was the major reason behind the onslaught.

"Can't imagine, you landed at terminal three a week ago", the effect of my previous one liner was obviously waning.

"Have you ever heard of me to have landed at a wrong airport by taking a wrong flight?"

"You should be more careful when I travel with you."

We had booked our ticket after confirmation of my visa and had to accept whatever was available at the earliest. The booking attendant told us that he cannot give us adjoining seats. The Chinese girl sitting by the window didn't want to shift nor did the bloke who got the apparent windfall of sitting next to SmartSulekhika. I measured him. He didn't look much of a threat to me, if I consider losing her a loss but whatever were his reasons for the stubborn stance that he took, his general demeanor invoked pity in me. He appeared to be a fit material for being beaten in to a pulp by milder brands of females even and here he had done a tactical mistake of ignoring SmartSulekhika's request voiced through me. It was as gross as choosing to ball after winning the toss.

The moment I sat the tiny Chinese girl started chirping. She was appalled by poverty and filth and I had to hang my head in shame. She had driven from Delhi to Ludhiana and wanted me to tell her why garbage was littered everywhere about. She was surprised to have learnt that the servants could be hired for as low as seven hundred yuan a month( 5000 rupees). I tried to justify poverty blaming it on lack on governmental control on population but had no excuse for garbage and filth she mentioned about.

She wasn't scathing though and I didn't need to hang my head in shame for long because SmartSulekhika had prevailed upon the airhostess who came and told me that two seats for us had been arranged and in spite of the affirmation of the third passenger (the flight originates from Mumbai and halts at Delhi for an hour or so and the people are allowed to go to the transit lounge) in the adjoining seat that the occupants of the vacant seats given to us hadn't disembarked we made ourselves comfortable there. Our euphoria lasted only a few seconds because soon as we sat two Rafeeqs accompanied by their sterner looking friend whom they brought along to try pressure tactics, looked upon us like hawks look on their targets once their caps are removed.

Though their barrel like gaze had little effect on SmarSulekhika who continued to look outside from the window enjoying the scenery, I began to squirm and feel uncomfortable as their stern looks bore through me. They couldn't speak a word of English, nor could they understand my Hindi or they thought speaking wasn't necessary as truly it was because I understand the language of the stern looks and SmartSulekhika cares two hoots for any language except her own. I couldn't bear the smite of their gaze and got up to take the assistance of the airhostess who had put us there. Air hostesses on Air India flights are hard to find. I ran up and down the aisles to locate the one who had played the trick to test SmartSulekhika's resolve.

I was greatly relieved to have finally located her. I explained to her of the difficult situation she had put me in. I say 'me' because as far SmartSulekhika is concerned, it was a non-issue. She wasn't even acknowledging the Rafeeqs being their and was enjoying looking at the tarmac and the greenery beyond. The airhostess realized her mistake and gave us two other vacant seats. Though SmartSulekhika didn't get the window seat but was more or less satisfied with her escort sitting by her side. She started jabbing the touch screen monitor to select the programme she should watch and I disinterestedly read about slandering of the Bhushans as I mulled over the intent of the players playing spoil sport.

I spent an hour reading some articles and giving up some after reading a little till there was enough in my head to write one of my own. My laptop was in my bag and on Sulekhika's instructions had left it in the overhead cabinet of the seats we occupied earlier. I had a mood to read the inflight magazine "Swagatam" too but thought of checking on what was available in the entertainment package of the monitor housed in the back of the seat ahead of mine. The jack of the headphone was loose and had to be held down for making a contact. It was quite a deterrent for me and just before I thought of giving up I stumbled upon "Binaca Geet Mala Hit Parade- Yaadein" presented by Ameen Syani and I clicked on that. I started listening to that and found myself crying. It was a selection of songs that made to and could not make to the Binaca Geet Mala list in 1959. It appeared to me as if some invisible hand had opened a page of the book of my little heart which it was in 1959. I will take you on a journey through what I heard and what thoughts came to me in the next episode of "My Lovely Affairs"
Y

Brilliant Shanghai And Us, The Powerless | Sulekha Travel
Y

The Difference Between Us And The Chinese Is Attitude | Sulekha Creative
You must log in or register to reply here.
Similar threads
Tillerson Knocks China, Courts India Ahead of South Asia Trip
My solo trip in Georgia and Armenia
My solo trip in Indonesia
Deadly cold work trip -35 / -31 Fahrenheit
Share:
Facebook Twitter Reddit WhatsApp Link