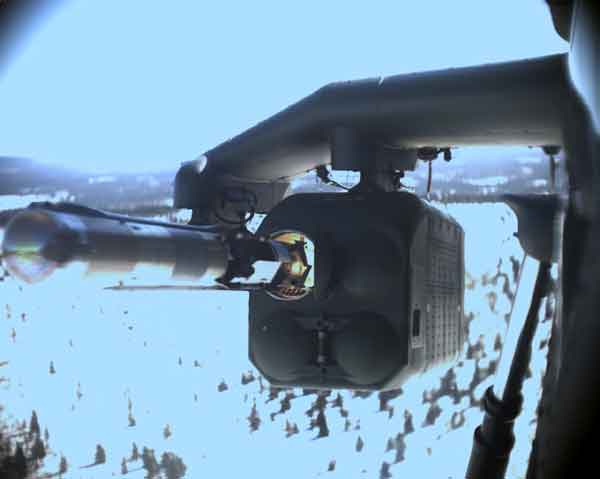 High energy laser weapons, light weight shoulder-launch missiles and scalable warheads through dial-a-yield technology are among the hi-tech futuristic products for military applications being developed by the MBDA group, a consortium of European missile manufacturers.

During a recent visit to the missile production and integration facilities of MBDA Germany at Schrobenhausen, 90 km from Munich, and MBDA U.K. at Lostock, near Manchester, a group of Indian journalists were briefed on the wide range of advanced missiles and warheads being produced by the two entities.

Vice-president Operations of MBDA Germany Walter Stammler said a very light weight missile with a 2-km range that could be fired by an infantry soldier from his shoulder was tested in demonstration firings. The low cost, high-precision weapon with all the elements of a missile weighed just 6-7 kg.

The future generation-flexible response warheads using scalable technology would provide armed forces with a unique option of pre-selecting the detonation of only a part of the explosive and thereby reducing the degree of lethality. These warheads would provide high operational flexibility and could be used effectively in avoiding collateral damage during Military Operations in Urban Terrain.

TDW, a subsidiary of MBDA, has a license agreement with Bharat Dynamics Limited (BDL) for producing warheads for anti-tank guided Milan missiles. Under the agreement signed in 2007, it had transferred the know-how to BDL to produce warheads for Milan.

Meanwhile, with MBDA awaiting India's response for its offer of air-to-ground PARS 3 LR missile, Dr. Stammler claimed that during field evaluation trials of the weapon in Sweden in 2012 for the Indian Army and HAL officials, all requirements were fulfilled. The missile is planned to be mounted on ALH Dhruv combat helicopters.

Dr. Stammler said that to meet Indian requirements for the PARS 3 LR missile, a twin-engine launcher was designed and developed in collaboration with an Indian company. Four launchers, each carrying two missiles, would be mounted on the helicopter. The prototype of the twin launcher was seen by HAL officials soon after the field trials.

The project manager of PARS 3LR Munition, Walter Mackrodt, said PARS 3 LR was a high-precision fire-and-forget weapon that could be fired in salvo mode from the helicopter, and four missiles could be launched in 10 seconds to engage as many targets.