After Summer Olympics, Empty Shells in Beijing
By MICHAEL WINES
BEIJING — If you build it, he will come,” Ray Kinsella, the farmer in the 1989 film “Field of Dreams,” hears, mystically, as he walks through his cornfield. So at seemingly ruinous cost, he razes the cornfield and builds a ball field, and is rewarded with an endless stream of ticket buyers stretching to the rural Iowa horizon.

In 2008, the Chinese built a ball field — boy, what a ball field — known worldwide for its lattice-like architecture as the Bird’s Nest. Alas, after the 2008 Olympics, the ticket buyers haven’t come. Right now, the Bird’s Nest serves as a winter amusement park known as the Happy Ice and Snow Season. In April, a promoter may stage a celebrity rock concert to “establish China as a world leader for global peace and a healthier planet.” Or not.

After that, the government says it may build a shopping center there.

The accompanying photographs, shot at locales for the 2008 Beijing Olympics, succinctly depict the loneliness of where the long-distance runner once strode. In a week when the United States contemplates how long its future will be spent deep in debt, they also hint at how much its greatest creditor is pinning its own hopes of building wealth on dreams.

Two summers ago, China’s Olympic extravaganza was recognized worldwide, and especially here, as a barely disguised metaphor for this nation’s rise to worldwide importance. Eighteen months later, China is more important than its leaders could have imagined.

But Beijing’s famous Water Cube has hoofed its way from Olympic stadium to light-show concert hall to stage for a Russian performance of “Swan Lake.” Its latest incarnation is as an indoor water park.

In the year after the Olympics, the iconic 91,000-seat Bird’s Nest hosted a Jackie Chan concert, an Italian soccer match, an opera and a presentation of Chinese singing standards. But the local soccer team declined a deal to make it their home field, and the only tenants now are tourists who pay $7 to visit the souvenir shop.

By most accounts, the vendors hawking trinkets outside the stadium outnumber the foreigners who go there to gawk.

Outsiders may find this wasteful. After all, Atlanta’s Olympic stadium became a baseball park, and Calgary’s Saddledome a civic fixture.

Then again, the Olympics seem to bring out profligacy in even buttoned-down governments. Consider Athens, where 21 of the 22 stadiums erected for the 2004 Olympics were reported last year to be unoccupied. The $14.4 billion cost of that party is being cited by some as a source of Greece’s potentially destabilizing fiscal troubles.

If China is different — and China is — it is because fiscal worries on the diminutive scale of Athens hardly register on Beijing’s blotter. Overbuilding is not a prime concern. Indeed, some might call it an economic strategy.

This is a nation of spanking new office towers and hotels and luxury apartment complexes, many built on spec, many financed with state-subsidized loans, or on state-subsidized property, or with low-cost steel from mills built with state subsidies. Many are more empty than full.

According to Colliers International, a real estate firm, Beijing’s central business district offices will stand roughly 38 percent vacant this year. That’s 12 points higher than the figure for San Bernardino, Calif., which the advisory firm REIS says was the worst major office market in America in the last quarter of 2009.

Yet what seems awful in San Bernardino is the norm in effervescent Beijing. Real estate speculation here is rampant, many experts agree that housing and finance are riding bubbles, and everyone expects a big reckoning somewhere — a year? two? — down the line. But there was a reckoning after the Asia panic in 1999, and another reckoning in 2004, and both times the government bailed out the big state-owned banks, and the boom went on.

Indeed, the government forgave the Agricultural Bank of China $120 billion in sour loans just last October without a peep of public protest.

If you build it, the feeling is, they will come. Eventually, in a nation this large, someone will fill the convention center and the water park. And if not, well, build it anyway. Building creates jobs, and feeds prestige, and pumps up the GDP. Here in the nation that is too big to fail, as long as the bad loans don’t overwhelm the good, the waste is tolerable.

“That, to me, is the essence of the Chinese strategy,” Eswar Prasad, a Cornell University professor and a former head of the International Monetary Fund’s China division, said in a recent telephone interview. “Just keep the machine going fast enough.”

Some empty places in Beijing 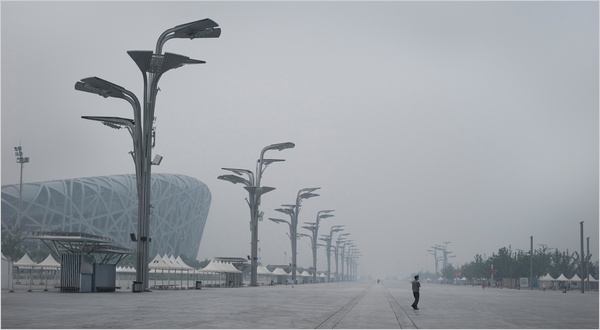 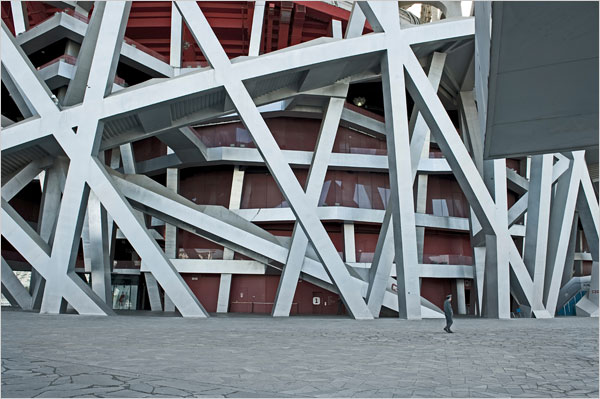 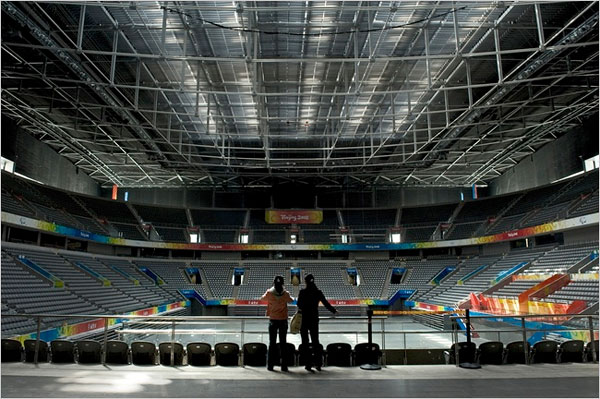 http://www.n-s.cn/en/ << don't worry about Bird's Nest, the Nest will take care of itself.

These fantastic 'Olympic extravaganza' have found their way out commercially
V

Come on guys. It is a great achievement on the Chinese part to have conducted that extravaganza with such a huge success. The Investment muct be worth it. Remeber, we are talking about China, where the planners have been so good so far, for their country, and not about India.
You must log in or register to reply here.
Similar threads
What Sports should be removed from Summer Olympics?
The second American destroyer in the summer collided with a merchant vessel.
YESSSSSS..... Summer is HERE... !!
Aerial video in My country Finland in winter and summer time
Share:
Facebook Twitter Reddit WhatsApp Link