The contentions around Turkey buying the Russian-origin Su-57 jets have been revived again due to the ongoing Army 2020 international military and technical forum. With the two NATO allies – the US and Turkey showing ambivalence towards the alliance and barely toeing the line, could this move potentially end Ankara’s membership from NATO?

As reported earlier by Eurasian Times, since 2018, the two NATO allies have been at loggerheads as the US has been pressurizing the Turkish government to cancel the purchases of S-400 systems from Russia. However, Turkey has stood its ground and received its first delivery of the first S-400 batch in July last year and has placed a second order with Russia.


Now, Turkish President Recep Tayyip Erdogan has been showing increasing interest in the Sukhoi Su-57 fighter jet. Su-57 fighter jet is designed to have supercruise, supermaneuverability, stealth, and advanced avionics to overcome the prior generation fighter aircraft as well as ground and naval defenses.


The Turkish president at the time said that the decision was made after he learned the final US word on Turkey’s participation in the F-35 program during a phone conversation with US President Donald Trump.


Following the purchase of the S-400s, the US expelled Turkey from its F-35 fighter jets program after Ankara received the first parts of a Russian air defense system.

The US said the “F-35 cannot coexist with a Russian intelligence-collection platform that will be used to learn about its advanced capabilities”. The US maintains that the S-400 is not compatible with NATO systems and threatens the stealth capabilities of the new fighter jets.


The Turkish Air Force now desperately requires a 4.5 generation fighter jets to gradually replace Turkey’s older F-16s and F-4s. Given Turkey’s rivalry with France, President Macron will unlikely approve a deal to sell Rafales to Erdogan. Even Turkey would be embarrassed to ask France for Rafale jets since Paris and Ankara are at loggerheads.

Turkey could also seek Eurofighter Typhoons from the UK given the ties both countries began forging after signing a $130 million deal in 2017 to develop the TF-X, however, under US-backed sanctions, they would be almost impossible.


“Turkey has hinted, on various occasions, that it would look to Russia,” for new fighter jets, said Aaron Stein, the Director of Research at the Foreign Policy Research Institute’s Middle East Program. “The Russians have said that there have been preliminary talks for the Su-35, but those talks do not appear to have ever been advanced, nor do they appear to be active at this moment.”


At the same time, the Turkish Air Force cannot sustain without a modern fleet of fighter aircraft and Ankara would be forced to look at Russian hardware. In this scenario, Su-35s, Su-30SMs, or even the latest Su-57s are the most appealing substitute for Turkey. This could further endanger Turkey’s ties with NATO and even call for its suspension.

Another member state’s leadership has displayed dismay over NATO’s functioning. French President Emmanuel Macron raked up a controversy last year when he said that NATO was experiencing “brain death”.

He later refused to apologize for his remark, that drew strong reactions from the European peers, maintaining that the remark had been a useful wake-up call to alliance members.


“Peace in Europe, the post-INF (Intermediate-range Nuclear Forces Treaty) situation, the relationship with Russia, the Turkey issue, who’s the enemy? So I say: as long as these questions are not resolved, let’s not negotiate about cost-sharing and burden-sharing, or this or the other,” he had said.

According to James Dobbin, a senior fellow and distinguished chair in Diplomacy and Security at the RAND Corporation, Macron’s comment was provoked by President Trump’s decision, on October 6 since substantially modified, to pull all US troops out of Syria forthwith.


“The move was intended to avoid a clash with one NATO ally, Turkey, but there was no consultation with the other NATO allies operating alongside the US in Syria, let alone with Kurdish forces that were to be the target of a Turkish attack,” he wrote.


“But Macron also traced America’s declining support for the alliance back to President Obama’s declared shift of America’s strategic priorities to Asia and to Trump’s longstanding ambivalence about NATO and antipathy to the European Union,” he added.


This clearly indicates the differing approach of the European members as compared to the US. “If we want to build peace in Europe, to rebuild European strategic autonomy, we need to reconsider our position with Russia,” Macron had stated after declaring NATO brain dead.


“That the United States is really tough with Russia, it’s their administrative, political, and historic superego. But there’s a sea between the two of them. It’s our neighborhood, we have the right to autonomy, not just to follow American sanctions,” he continued.


With growing resistance among NATO’s member states, could this the beginning of the end of the intergovernmental military alliance which was once formed to counter the ‘now-defunct’ USSR? 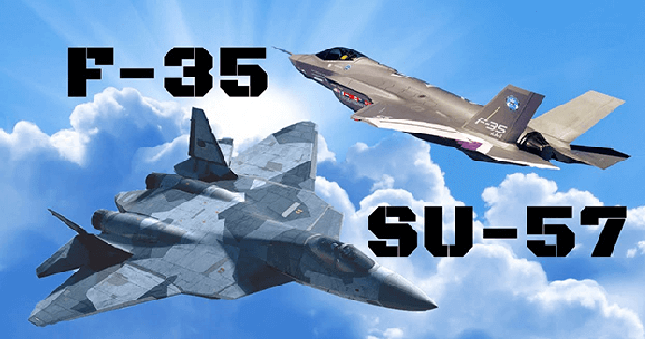 The contentions around Turkey buying the Russian-origin Su-57 jets have been revived again due to the ongoing Army 2020 international military and technical forum. With the two NATO allies – the US and Turkey showing ambivalence towards the alliance and barely toeing the line, could this move...

Russia began delivering S-400 missile systems to Turkey this year, in a step that strained ties with Ankara’s NATO allies and prompted Washington to begin removing Turkey from its program for manufacturing F-35 jets, which Turkey also planned to buy.

The head of Russia’s Federal Service of Military-Technical Cooperation said he planned to discuss the S-400 missile defense system with a Turkish colleague later on Wednesday as well as “possibly deliveries of the Su-35 or Su-57”.

“Much interest has been shown, it’s early to talk of contract negotiations, there hasn’t been an application yet, consultations have to take place,” Dmitry Shugaev, the official, was quoted as saying. 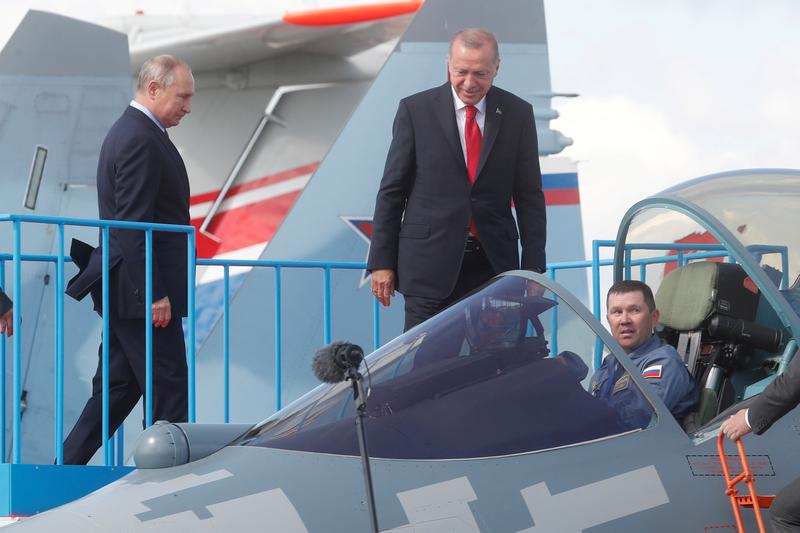 Russia and Turkey are discussing the possibility of deliveries of the Russian-made Sukhoi Su-57 stealth fighter jet and Su-35 aircraft to Turkey, the RIA news agency cited a Russian official as saying on Wednesday.