After hosting Chinese FM, India turns focus on US, Japan

After having just interacted with China at the foreign minister level, India is now about to plunge into serious discussions with the world's two other top economies -- the United States and Japan, the world's number one and number three economies respectively; China being the number two economy. The process starts later this month when senior officials of US, Japan and India gather in New Delhi for a trilateral dialogue on 24 June. Officials of at least six departments/ministries from each of the three countries will be participating in the India-US-Japan trilateral dialogue. Union External Affairs Minister Sushma Swaraj.

Reuters From now onwards this trilateral cooperation, which has made China jittery, is expected to be a new wine in a new bottle. It won't be a mere talk shop that it has been thus far. The process got started with the first meeting under the trilateral format taking place for four hours in Washington on 19 December 2011. This 'mini-lateral' strategy is the new favourite of American diplomats in their outreach to the world as mini-laterals are far more effective than the elephantine multilaterals that are more cumbersome. The three countries will be plunging into a more pro-active and result-oriented trilateral cooperation from now on with focus on all important issues, particularly issues involving infrastructure and connectivity that show immediate results in the country's GDP and humanitarian assistance in times of disaster relief.

Defence and intelligence-sharing will also occupy a key space in this trilateral dialogue in near future. Needless to say that China is the gorilla in the room in this trilateral conversation though all three sides may hotly deny it and maintain that this trilateral dialogue is not aimed against any country. It is also true that over the past few years India and Japan have come closer in double quick time, all thanks to China. The rapid rise of China, both economically and militarily, has accelerated India-Japan cooperation. Prime Minister Narendra Modi will be undertaking an official visit to Japan next month, his second foreign visit (after Bhutan) but technically the first overseas visit.

The coming months will show Japan and the US vying with each other in boosting the Indian economy by way of infrastructure projects, Wi-Fi connectivity, cooperating in the manufacturing sector which will help in job creation, social infrastructure like community colleges, and construction of new cities. American leaders have been saying that the Indo-US bilateral trade of $100 billion can increase five-fold in the next five years. Now the Americans have come up with a new thing. They have been telling the Modi government that the US can play a major role in making India a ten trillion dollars economy in the next decade.

The Indian GDP is currently pegged at $2 trillion. India has got clear signals from the US that a clear mandate to Modi in the general elections has triggered a rethink in the Obama administration and made it keen to unveil an India-centric policy. The Americans have signalled to the Modi government that they are very keen to move forward and get the bilateral relationship back on track. For its part the Modi government too has reciprocated and Modi and the External Affairs Minister Sushma Swaraj have made it clear that New Delhi wants to move forward on forging closer ties with the US as early as possible.

The next three months are going to witness a very high pace of momentum in Indo-US ties culminating in Modi's visit to the US in September. This means that the Devyani Khobragade issue is virtually dead and buried. The current Indian strategy is to resolve the residual issues in the Khobragade case through low key dialogues at joint secretary level as India feels that enough ink and blood has been shed on this issue. Within the next one year, India's foreign policy is all set to become very bold in aggressively pursuing the Indian national interest the world over. This means that Modi's foreign policy overdrive will be juggling several caps simultaneously. Therefore, one will see India getting closer to the US and Japan but at the same time its relations with China and Russia too will be strengthening.

One is going to see more and more focus on economic diplomacy and using foreign policy for boosting India's infrastructural connectivity. Defence too will be getting the required focus and India-US-Japan trilateral dialogue will be an important platform towards that end. The US is expected to perform a key role in the Indian defence sector, not an unlikely combination considering that according to a recent SIPRI report during the period of 2009-13 the US emerged as the world's largest arms exporter and India the largest arms importer.

japan is number 4 economy and india is number 3 economy , please be updated

Reuters From now onwards this trilateral cooperation, which has made China jittery, is expected to be a new wine in a new bottle. It won't be a mere talk shop that it has been thus far.
Click to expand...

How can this trilateral thing sway a mature mind? (*o*) Hasn't this talk shop been in business for long?

The coming months will show Japan and the US vying with each other in boosting the Indian economy
Click to expand...

Just another massage of Indian Ego as if all world leaders were worshiping India. 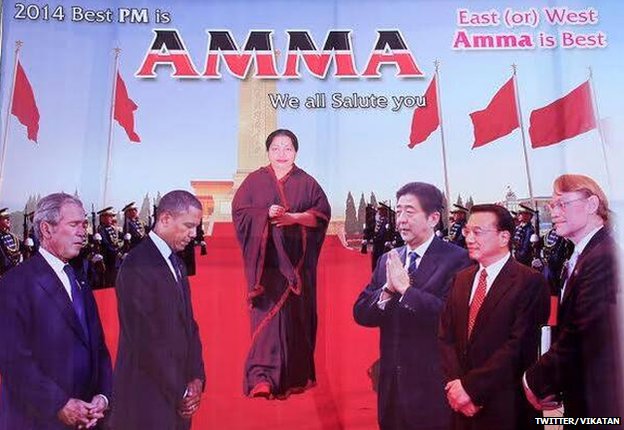 East or West, AMMA is the best.

It doesn't take much economics to understand that money (investment) flows where it feels comfortable and its profit can be maximized. It's not like American or Japanese govmts click the "Transfer" button then it'll be wired to honour Modi's campaign bills.

To tackle power crisis, Delhi LG directs discoms to stop electricity supply to malls after 10pm - The Times of India

India, have u become "business friendly" with power outage?
T

I have said this many times over prior to the election results, with this government, India is set for a very pragmatic foreign policy.

There will be business interests taken care of, Indian corporate is set to flex its muscles overseas, likewise, the UPA's "untouchable" list from where to get investments and from where not to will be done away with. USA, China, Japan will brought to a level playing field, and no more will India be "running" or pretty much begging for the high tables.

Can you think of Indo-Sino defence deal? I very well say, let this government be around for a decade and the two countries could very well be headed towards joint projects, way past the present idea of joint mil exercises and all that. The complete lean towards the US that we had will be balanced out.

For the first time in the Indo-Sino-US equation, India would be positioned as a nation that has significantly good relations with both, the impact this will have on our negotiations with others will see a lot of change.

According to PPP India is no. 3 but according to GDP we are at number 11.........
You must log in or register to reply here.
Similar threads
Gujarat hosts road show in Shanghai to woo Chinese FDI
PLAAF 70 years, PLA's Air Force to host open-house event in Changchun--the 3rd big event of this Oct
India should host a permenant assembly of the Commonwealth of Nations
Will Brazil hosts an American base?
Share:
Facebook Twitter Reddit WhatsApp Link