After a Pakistani TNW strike, India can go for Pakistan's nuclear arsenal: Former NSA Shivshankar Me 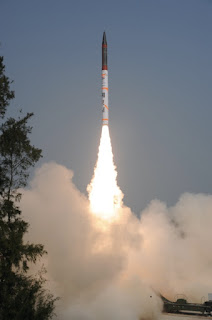 The credibility gap in this strategy of “massive retaliation”, as pointed out by critics worldwide, is that it would cause carnage in the adversary’s towns and cities but leave intact much of his nuclear arsenal. With those surviving nukes (second-strike capability), the adversary would then wreak havoc on Indian towns and cities.

It is hard for New Delhi, globally regarded as a restrained power, to convince analysts and adversaries that it would knowingly trigger the catastrophic deaths of millions of civilians on both sides by responding “massively” to a far smaller attack --- even, a single Pakistani Tactical Nuclear Weapon (TNW) that killed perhaps a hundred Indian soldiers deep inside Pakistani territory.

Yet, India’s nuclear doctrine, promulgated on January 4, 2003, undertakes that “Nuclear retaliation to a first strike [by an adversary] will be massive and designed to inflict unacceptable damage.”

Now Menon, in his recent book entitled “Choices: Inside the making of Indian foreign policy”, indicates that India’s threat of “massive retaliation” need not involve nuclear strikes against Pakistani urban centres (“counter-value”, or CV strikes). Instead, India’s “massive response” could take the form of targeting Pakistan’s nuclear arsenal (“counter-force”, or CF strikes), leaving that adversary with a greatly diminished capability of striking back at India.

In a key paragraph in his book, Menon --- who, as NSA, oversaw nuclear targeting policy --- analyses the meaning of a “massive” strike. He says: “There would be little incentive, once Pakistan had taken hostilities to the nuclear level, for India to limit its response, since that would only invite further escalation by Pakistan. India would hardly risk giving Pakistan the chance to carry out a massive nuclear strike after the Indian response to Pakistan using tactical nuclear weapons. In other worlds, Pakistani tactical nuclear weapon use would effectively free India to undertake a comprehensive first strike against Pakistan.”

Menon carefully differentiates between “first use” (which Indian nuclear doctrine forbids) and “first strike”, which --- in widely-accepted nuclear vocabulary --- refers to a disarming CF strike aimed at leaving an adversary without nuclear recourse.

Menon clearly enunciates the logic of a disarming CF strike: “India would hardly risk giving Pakistan the chance to carry out a massive nuclear strike after the Indian response…” In other words, India’s “second strike” (in response to a TNW against its forces) must leave Pakistan with little or no “third strike” capability.

But does a disarming counter-force strike (which Menon terms a “comprehensive first strike”) amount to a “massive” response, which Indian doctrine mandates? A senior Indian official asks: “Who says a “massive” response must necessarily be directed at CV targets?

Contacted by Business Standard, Menon declined to elaborate, stating only: “India’s nuclear doctrine has far greater flexibility than it gets credit for.”

Menon’s book has been in print since November, but only now has this nuance been noted by Vipin Narang, a highly regarded nuclear strategist at the Massachusetts Institute of Technology. This week, Narang tweeted: “Indian strategy following Pak tacnuke (tactical nuclear) use is neither proportional response nor massive retaliation. But [rather, it is a] disarming counterforce strike.”

Even so, serious question marks remain over how effectively, or whether at all, India can actually execute a disarming CF strike that takes out most of Pakistan’s nukes. Partly because of the possibility of Indian attack, Pakistan is building up its nuclear arsenal faster than any other country, running its Khushab nuclear reactor at full tilt to produce plutonium. It is currently estimated to have 120-130 nuclear warheads.

Furthermore, any impression in Pakistan of Indian counterforce strikes, or the fear that the nukes might soon be lost, would incentivize their early use --- the “use them or lose them” dilemma.

Indian public debate has traditionally focused on another aspect of our doctrine --- the commitment of “No First Use” (NFU) of nuclear weapons. The Bharatiya Janata Party (BJP) questioned NFU in its pre-2014 election manifesto, before backing off quickly. Then, last year, former defence minister Manohar Parrikar raised questions over the need for NFU, before the BJP dismissed that as his “personal view”.


However, given Pakistan’s conventional military weakness in the face of a sudden Indian offensive under the “Cold Start” doctrine, Rawalpindi’s operationalization of TNWs, and its declared plan to use them early in a conflict, make India’s response a matter of life and death for millions.

@Bornubus @Kunal Biswas @sayareakd @airtel @all
You must log in or register to reply here.
Similar threads
BLA attack on Pakistani outpost - Battle of Marwar
The Copycat of the Subcontinent
Pakistani perspective on image and narrative - What exactly they believe?
Pakistani media on India
Share:
Facebook Twitter Reddit WhatsApp Link