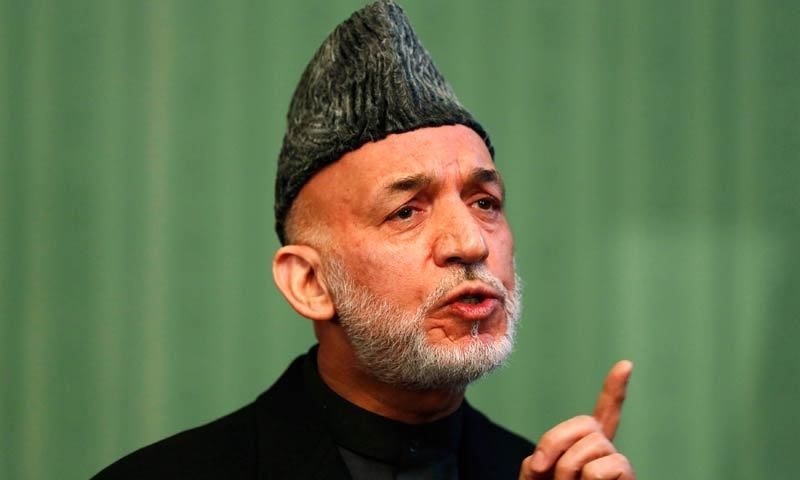 NEW DELHI: Former president Hamid Karzai insisted on Wednesday that Afghanistan would not allow itself to become the battleground in a proxy war between India and Pakistan after the imminent departure of US-led troops.

Speaking in New Delhi, Karzai angrily rejected warnings by his one-time counterpart in Islamabad Pervez Musharraf that India and Pakistan could coopt allies among Afghanistan's main ethnic groups to effectively wage war against each other, saying such claims were "hurtful".

"Of course Afghanistan will not allow a proxy war between Pakistan and India," Karzai said in an address to a thinktank, saying he was "sure" India wouldn't allow such a scenario either.

In an AFP interview earlier this week, Musharraf warned that Pakistan would look to use ethnic Pashtuns to counter if India tries to achieve its goal of creating an "anti-Pakistan Afghanistan".

Nuclear-armed neighbours India and Pakistan have long accused each other of using proxy forces to try to gain influence in Afghanistan.

"If Indians are using some elements of the ethnic entities in Afghanistan, then Pakistan will use its own support for ethnic elements, and our ethnic elements are certainly Pashtuns," the former general said ahead of the pullout later this year of Nato combat troops after 13 years.

But Karzai, who has long accused Islamabad of trying to destabilise the Kabul government, said any suggestion that Pashtuns would do Pakistan's bidding was "hurtful" and an insult to Afghanistan's largest ethnic group.

"That was a very unfortunate remark," said Karzai, who is himself a Pashtun.

"Afghanistan has a history of 5,000 years. Saying that Pashtuns will be used as a tool is insulting to Pashtuns, insulting to the people of Afghanistan."

Pakistan was one of only three countries that recognised the mainly Pashtun Taliban regime that ruled in Kabul before being toppled in late 2001 after a US-led invasion in the wake of the September 11 attacks.

The Taliban's downfall led to Karzai's installation as Afghan leader and he remained in power until standing down as president earlier this year.

Musharraf, who was a key ally of the US during the invasion, is currently confined to his home in Karachi as he battles a series of criminal cases dating back to his near decade-long rule that ended in 2008.