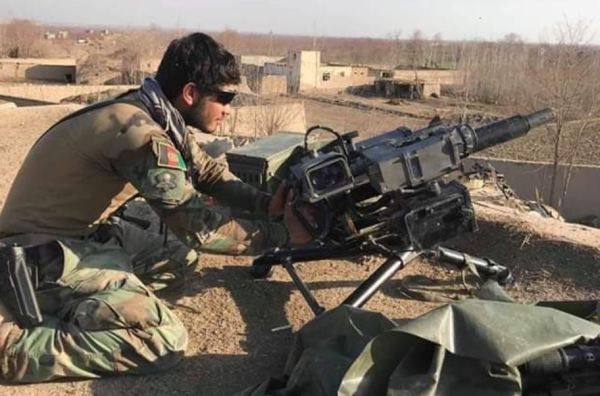 A social media post from Afghanistan’s defense ministry on September 13, a Friday, revealed a very potent US-made weapon used by the Afghan army’s commandos. In the same post the ministry announced Takhar province, located near the border with Tajikistan, was again under government control. An accompanying undated image showed an Afghan commando seated behind a US-made MK47 Striker automatic grenade launcher.


The MK47 was developed by General Dynamics in the previous decade as a lightweight precision grenade launcher. From 2010 onward it saw increasing use by US special forces and, judging by the photo above, it has now reached their brethren in Afghanistan.

Although CENTCOM and NATO try to keep their activities in Afghanistan transparent the procurement activities of the Afghan National Army Commando Corps (ANACC) aren’t in the public domain. What is apparent, however, is the commandos share a lot of the same kit as US soldiers. Since their emergence as a corps-sized formation in mid-2017 after President Ashraf Ghani committed to rolling back the Taliban’s territorial gains the commandos have proven the most dependable troops in the army. From 17,000 men and women three years ago the corps is now on track to double its size with generous support from the US as part of the Afghan 2020 Roadmap.


Possessing the MK47 Striker gives the commandos a particular edge when battling the Taliban, whose current arsenal is a far cry from their heyday in the late 1990s. Rather than pickup trucks and old Soviet tanks, Taliban fighters often move on foot armed with rifles, machine guns, and sometimes the ubiquitous RPG-7. General Dynamics claims the MK47 Striker “provides…a decisive technological advantage over enemy forces equipped with older crew-served weapons.” What makes it special, other than scaling less than the cumbersome MK19 preferred by the US Army, is the Lightweight Video Sight II or LVS II that functions as a day/night fire control system.


When mounted on its portable tripod, the MK47 Striker is a better option than the commandos’ shoulder-fired rocket launchers–the Striker has no recoil, no discernible muzzle flash, and can saturate a target with either air burst or high explosive 40mm rounds at up to 2,000 meters. The last characteristic makes it superior to the light machine guns favored by the Afghan security forces and the Taliban. The inclusion of the LVS II and optional round selection–the MK47 has five types of munitions–guarantees the Striker outperforms the M2 Browning and DShK heavy machine guns available to security forces.

The Afghan commandos stand out among Central Asia’s various special forces units for their sheer organizational size and sophisticated equipment. Steeped in NATO and US special operations doctrine, prospective Afghan commandos are screened for educational attainment and physical endurance. Each commando is proficient with the M4 carbine, their standard issue weapon, along with specialist firearms. A rare distinction of the commandos, other than their sterling combat record versus the Taliban, is the ability to launch night raids for arresting or neutralizing terror suspects.


But the Afghan commandos won’t be anywhere near as effective without continuous NATO and US guidance. After all, it’s the latter’s CH-47 Chinook helicopters that allows these elite fighters to deploy anywhere on quick notice. Other means of assistance such as artillery, close air support, Humvees, MRAPs, and medical services are just as important. If Washington, DC’s cancellation of peace talks with the Taliban is permanent the pressure is on the commandos to hold the country together. 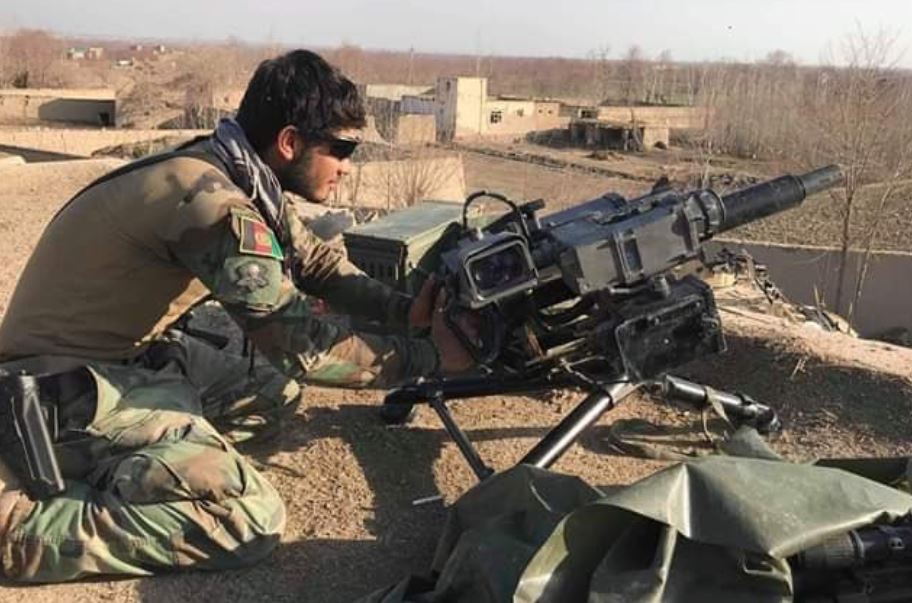 A social media post from Afghanistan’s defense ministry on September 13, a Friday, revealed a very potent US-made weapon used by the Afghan army’s commandos. In the same post the minist…