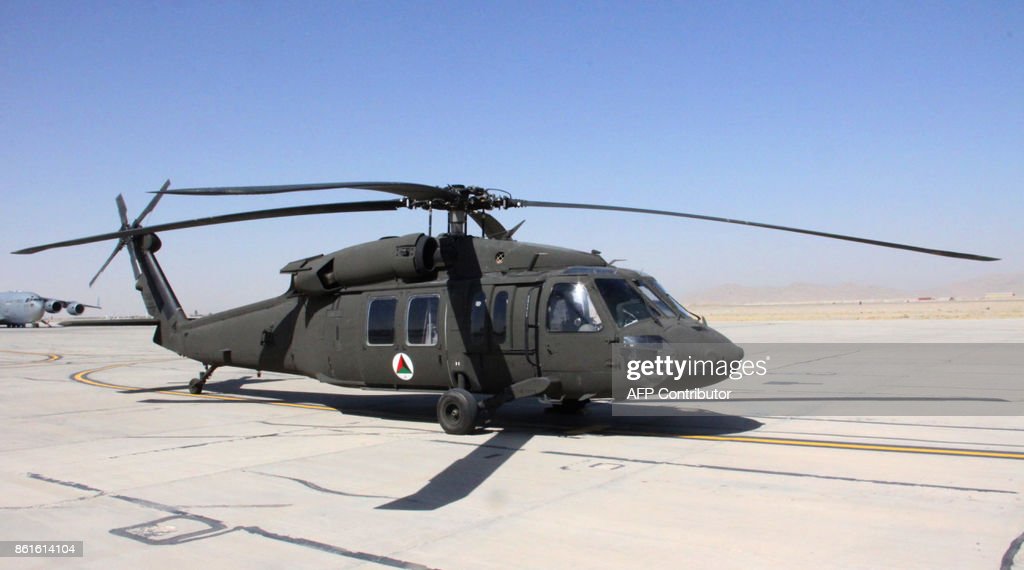 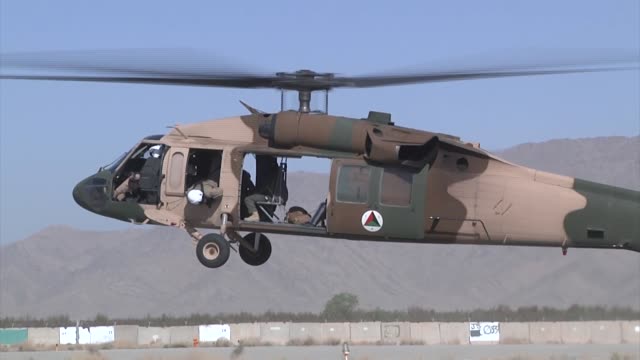 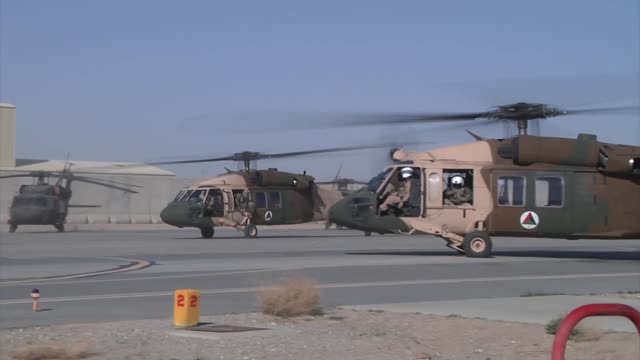 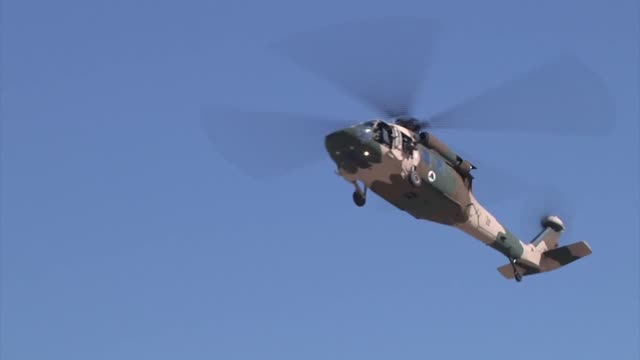 The mission on Tuesday involved three choppers flown by Afghan air crews from Kandahar Air Field, as they conducted reconnaissance in Helmand province. A total of 15 pilots and 16 special mission operators have been qualified on Black Hawks till date.

Afghanistan will induct 159 Black Hawks to their air force and special mission wing by 2021.
W

According to some sources India has procured 4 Mi-24s from Belarus, not to use but to hand over to the Afghanistan instead!
https://www.facebook.com/pg/TeamINDRA/photos/?ref=page_internal
W

According to some sources India has procured 4 Mi-24s from Belarus, not to use but to hand over to the Afghanistan instead!
W 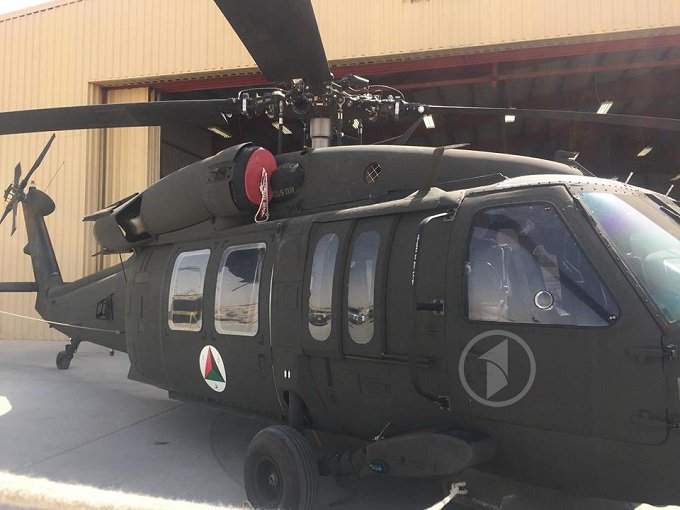 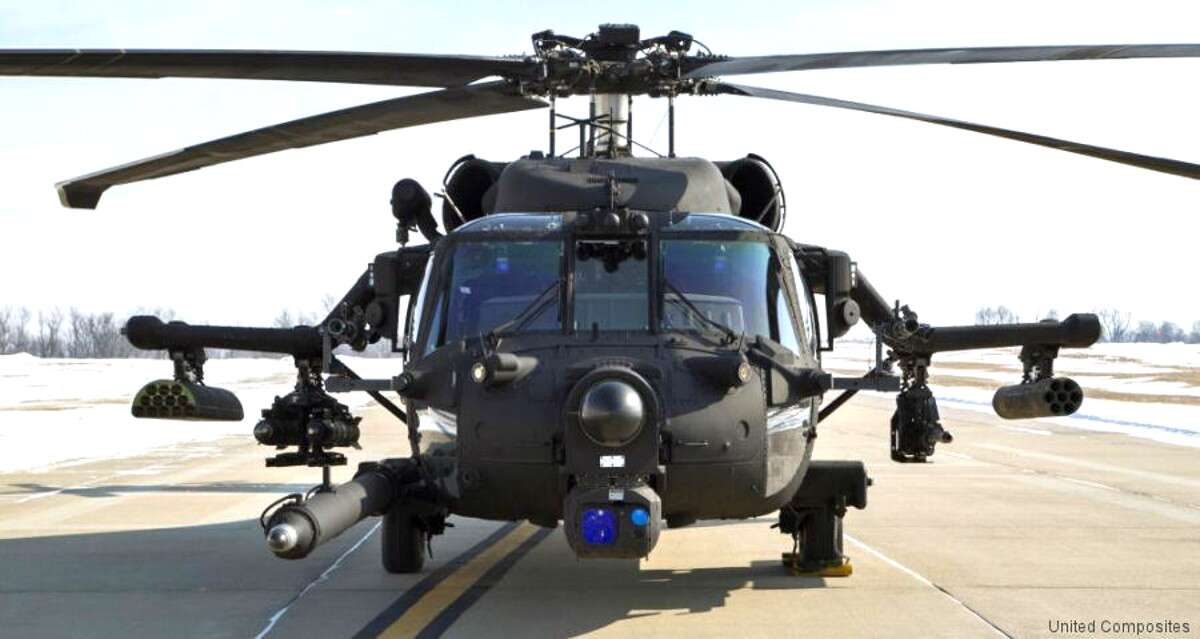 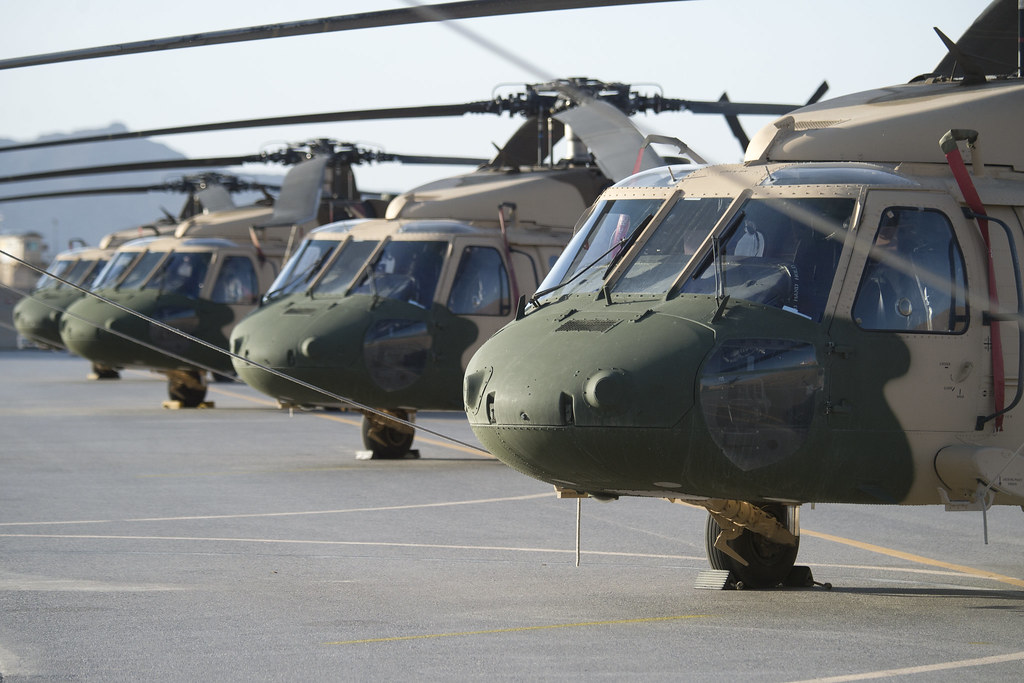 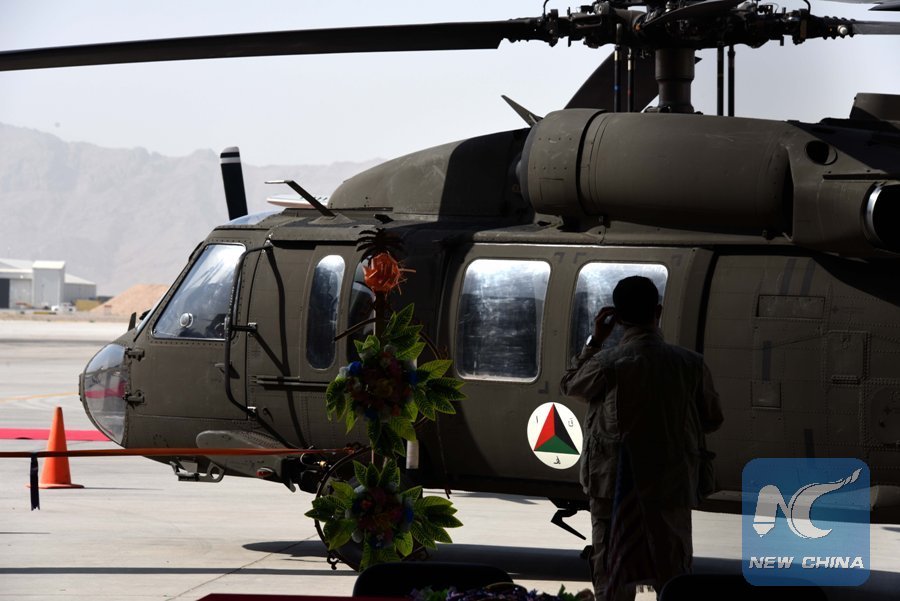 Unitech Composites to provide weapon pylons for Afghan Black Hawk helos
Unitech Composites, a subsidiary of Unitech Aerospace, has been awarded a contract to provide its Lightweight Armament Support Structure (LASS) weapon pylons for fitment onto several of the Sikorsky UH-60A Black Hawk multirole helicopters the United States is supplying to the Afghan government, the company announced on 16 October.

The initial contract is for three LASS shipsets, with the first scheduled to be delivered in the fourth quarter of 2018, the company said, adding that published programme requirements call for 58 of these weaponised Black Hawks.

The pylons will be installed on UH-60A Black Hawks with fixed-forward-firing weapons, and are set to be operated by the Afghan Air Force (AAF) and the special operations-dedicated Special Mission Wing (SMW). The US Army's Engineering Directorate (AED) is expected to issue an airworthiness release (AWR) prior to the Black Hawks being deployed in Afghanistan in late 2019.

The announcement comes as the AAF is transitioning from the Russian-built Mil Mi-17 'Hip' helicopter to the UH-60A Black Hawk.

The AAF currently has about 47 Mi-17s in its inventory, while its SMW operates an additional 33. So far the AAF has received at least 16 of a total of 159 Black Hawks set to be handed over by the United States by 2023.

According to the US Department of Defense, the transition is being driven by a requirement for additional rotary-wing lift capabilities and airborne firepower as well as by a Congressional directive to switch to US-made rotary-wing aircraft rather than spending more from the Afghanistan Security Forces Fund (ASFF) on buying helicopters from Russia.
https://www.janes.com/article/83900...ide-weapon-pylons-for-afghan-black-hawk-helos
W

The government of India will deliver four more Mi-25 gunship helicopters to the Afghan Air Force with the delivery of two gunships scheduled for the month of March this year.

This comes as the Afghan officials had said earlier that an agreement has been signed between Afghanistan, Belarus, and India for the delivery of the four gunships.

“We will receive the first of those two in March hopefully. It’s just a process that’s taking time. The other two should come in June or July. It’s just a matter of preparation. They will arrive soon,” Hamdullah Mohib, Afghanistan’s National Security Adviser was quoted as saying in an interview by Strategic News International of India.

Mr. Mohib arrived in New Delhi last week to meet with his Indian counterpart and other Indian officials.

“Held productive meetings in India with my counterpart NSA Ajit Doval and other security officials on regional stability, the democratic progress and ongoing peace efforts in Afghanistan, and bilateral security cooperation,” he had said following his meeting with Ajit Doval, the National Security Advisor of India.

India has played a major role in the reconstruction of Afghanistan since the fall of the Taliban regime and has invested over $2 billion in various reconstruction and infrastructure projects.

The government of India pledged a fresh aid package of $1 billion to support the reconstruction projects in Afghanistan during a visit by President Mohammad Ashraf Ghani in late 2016.

The two countries have also developed a high level of cooperation in terms of military and security during the recent years.
.https://www.facebook.com/pg/TeamAMCA/photos/?ref=page_internal

This is extremely foolish.

We should be looking to export LCHs and allow Afghanistan to use them for combat operations. After all, LCH is based on a proven Dhruv platform and any combat operations that AAF takes, should pave way for more LCH exports as a "combat proven" gunship.

Mi-24/35 faced terrible shortcomings in Kargil war due to the altitude issues. Afghanistan IS a mountainous country. Do our idiotic bureaucrats even think about something before supplying them with things that will not be very effective?

LCH was designed to fight in high altitudes.

It would make far, far more sense for Afghans to operate it.
W 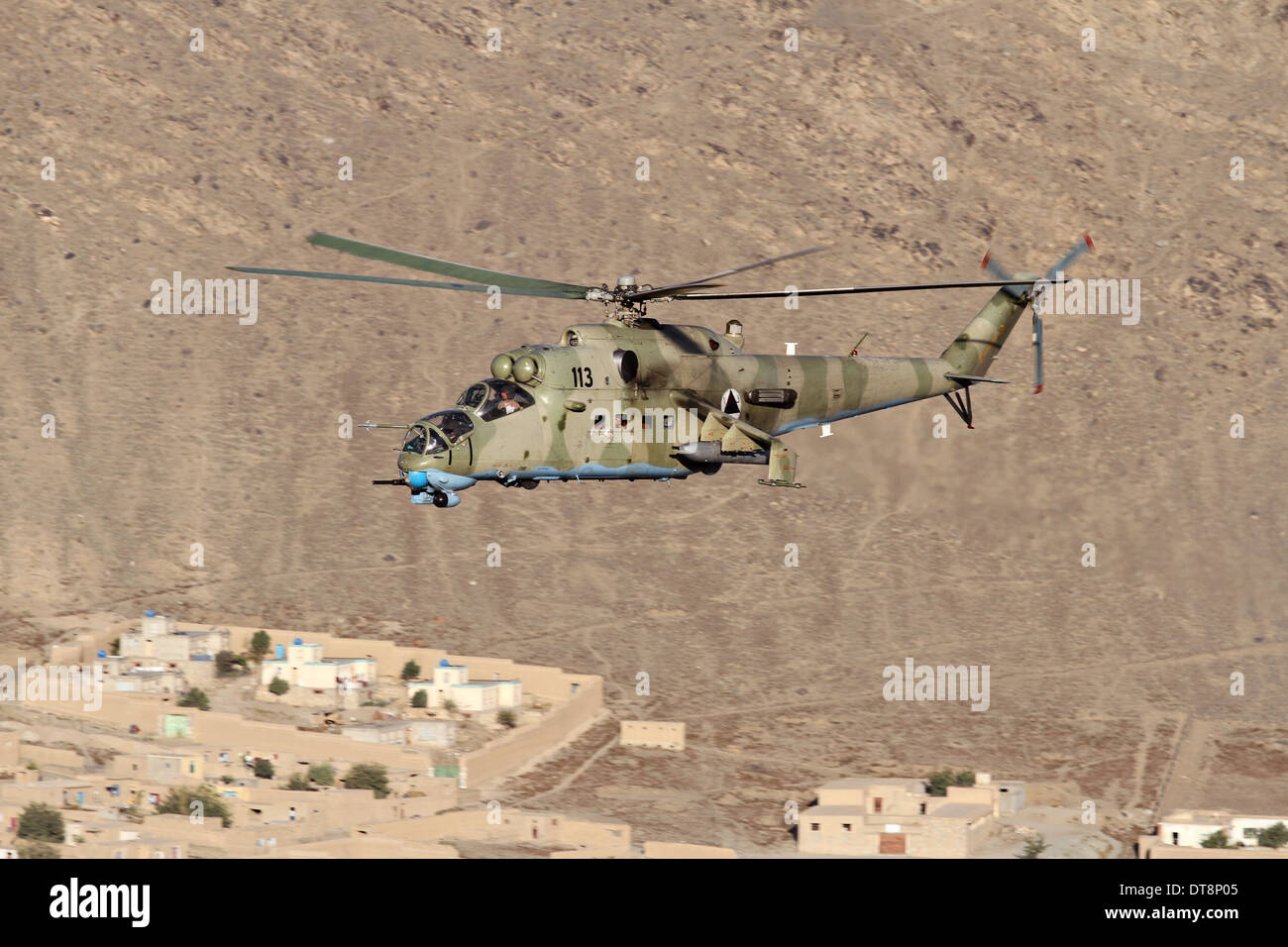 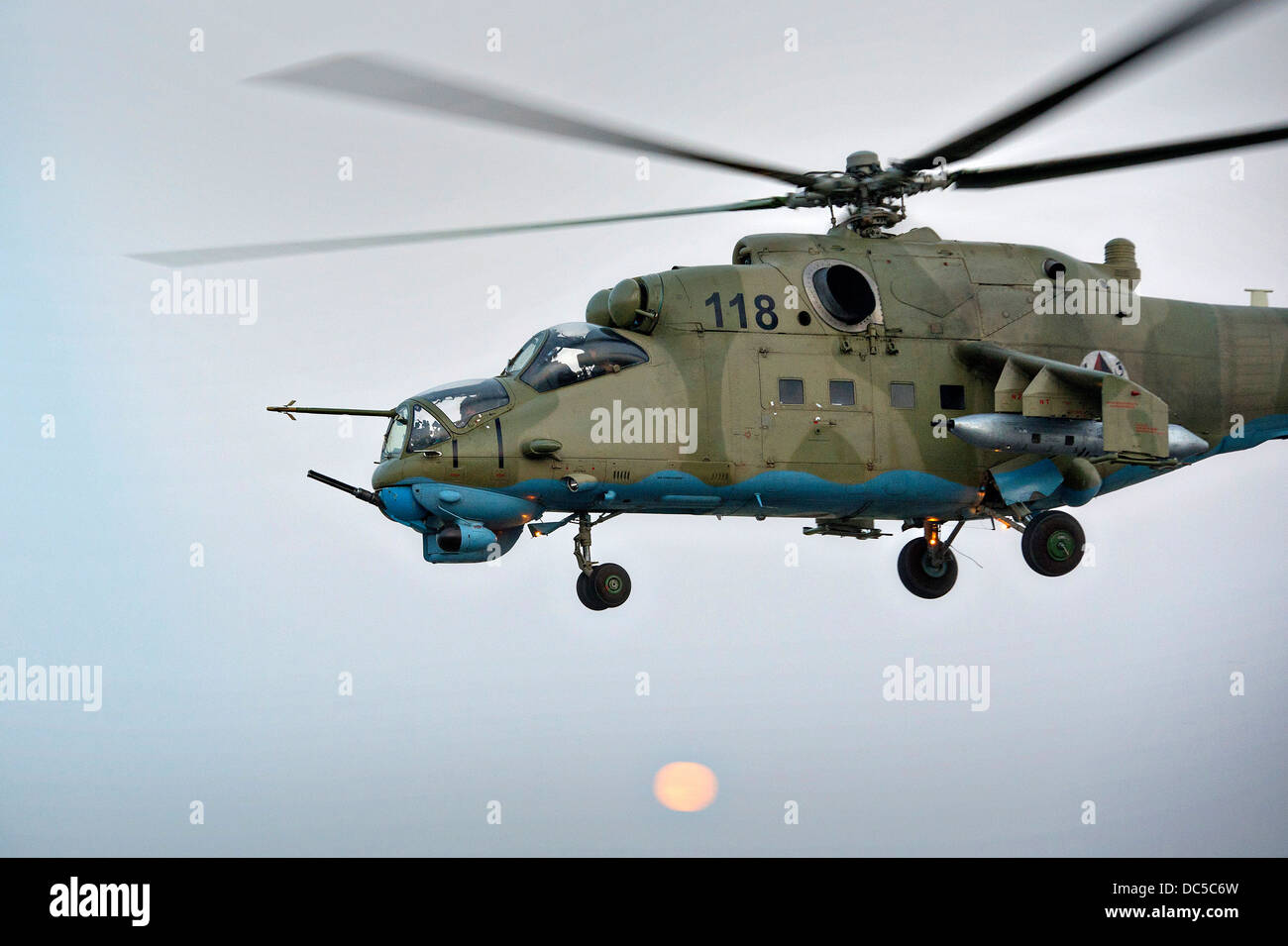 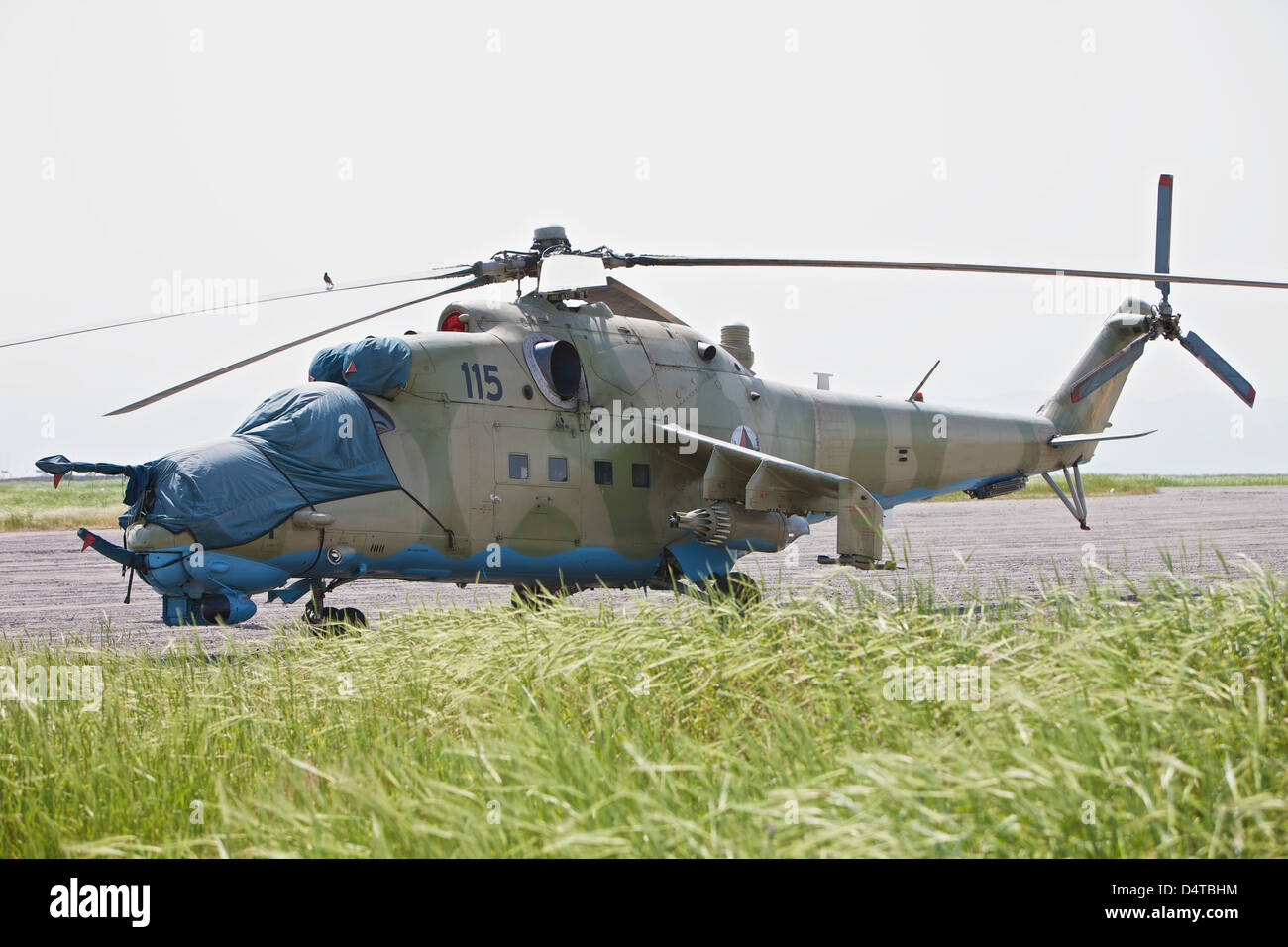 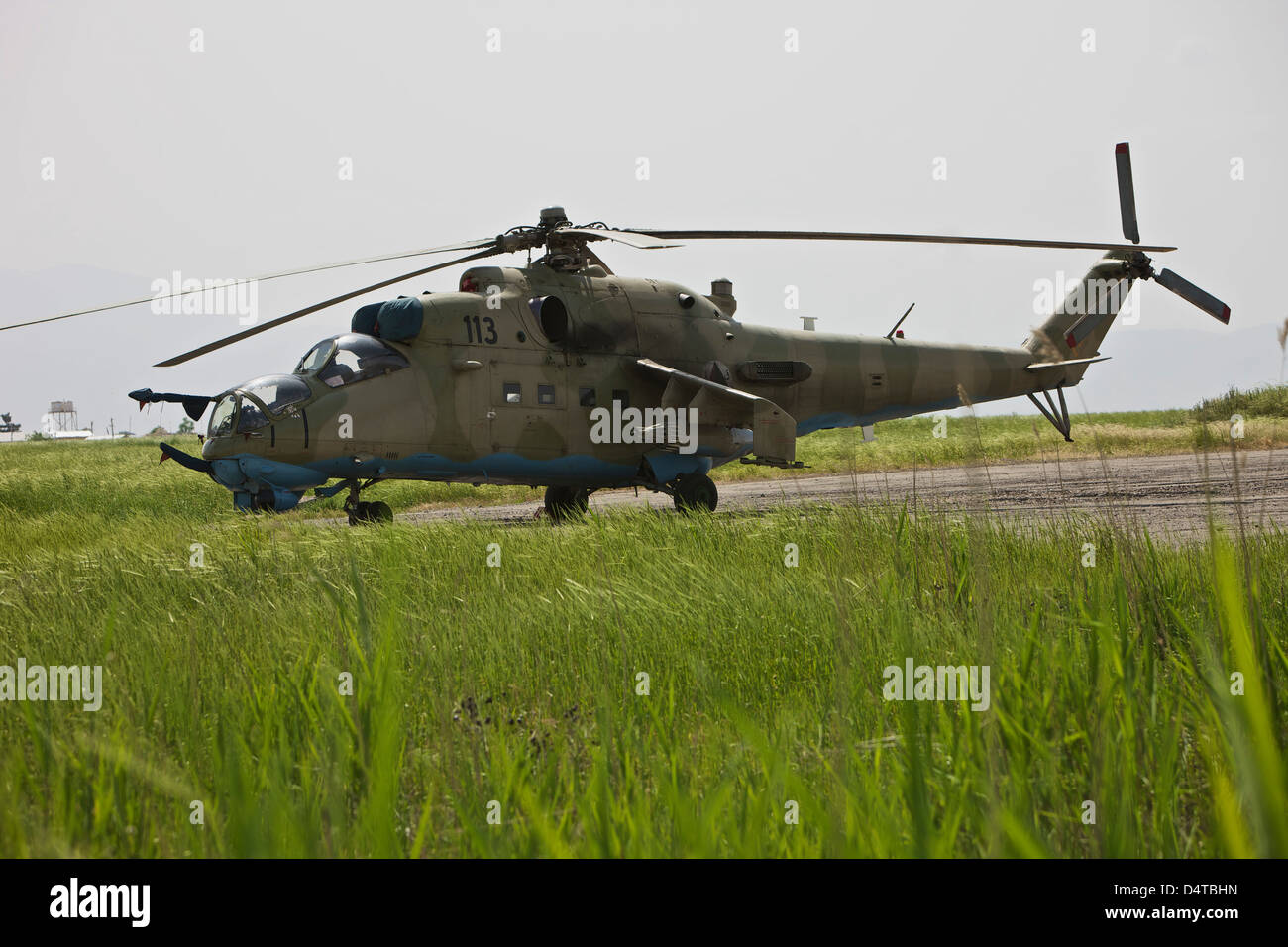 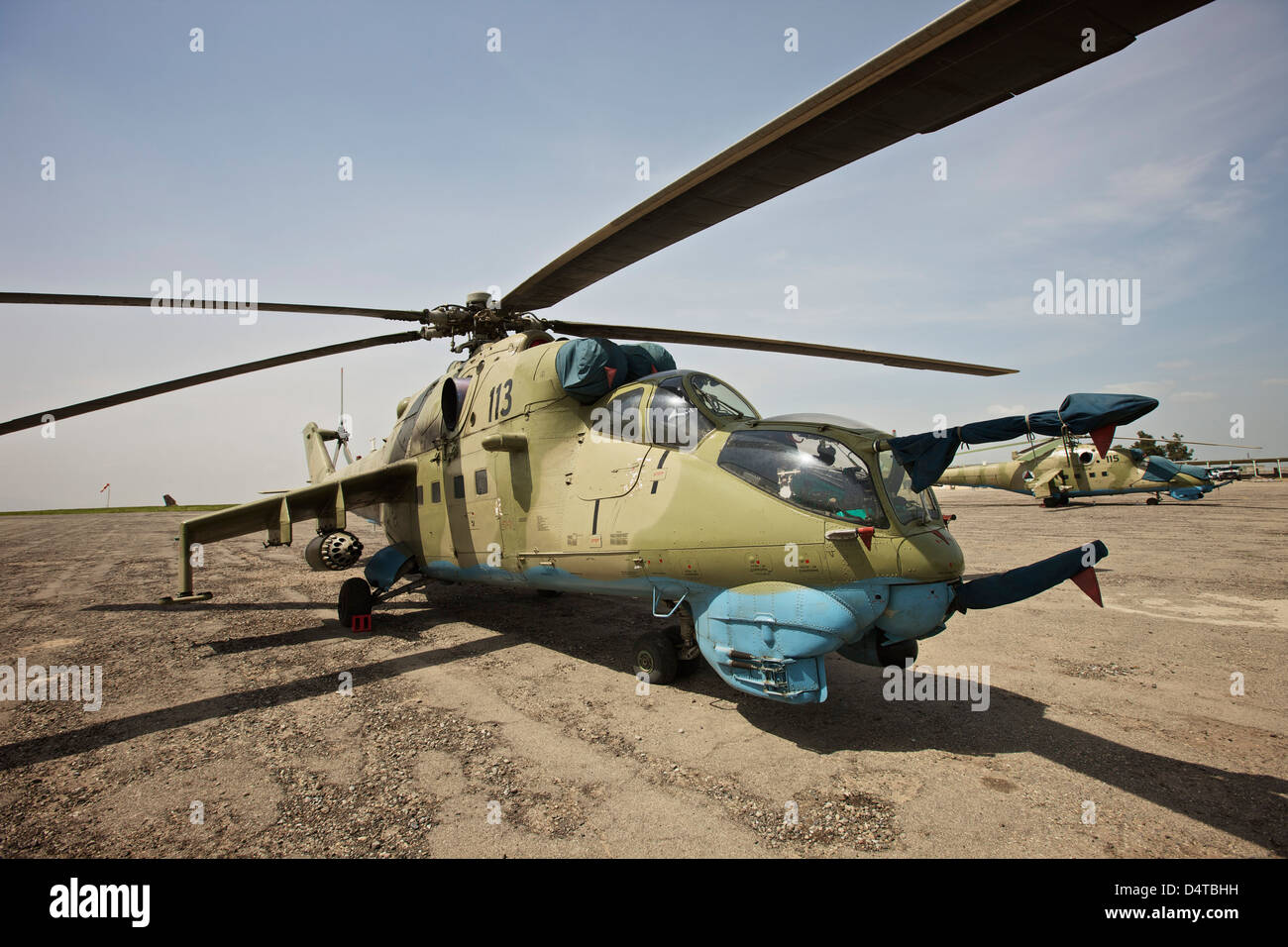 #Four Mi-25 gunship helicopters promised by India to Afghanistan in July last year are likely to be delivered this June.
https://www.facebook.com/pg/TeamAMCA/photos/?ref=page_internal
W 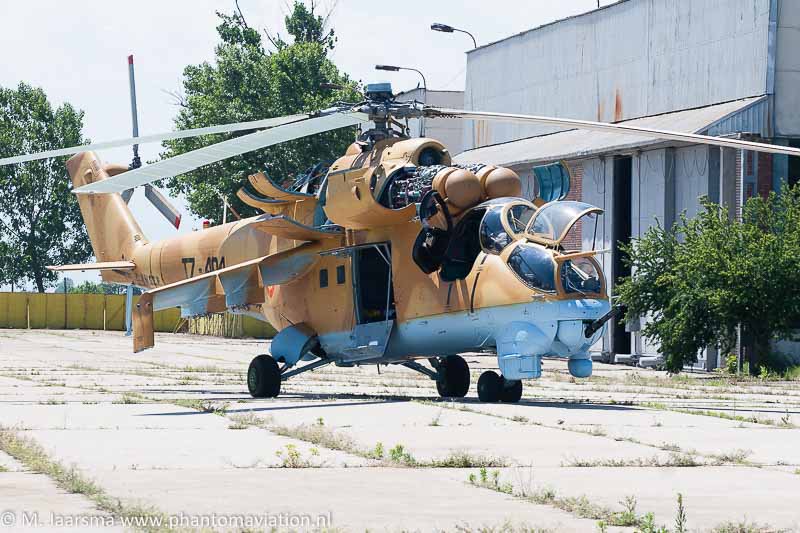 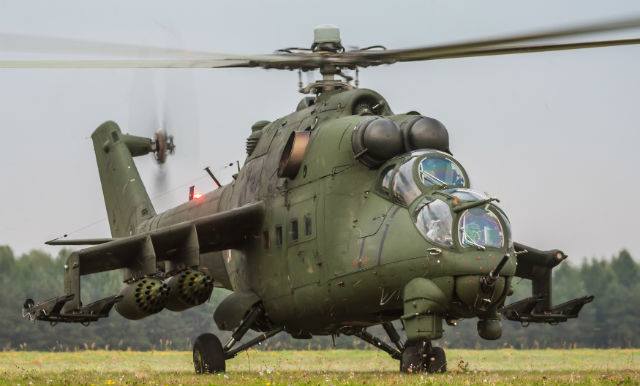 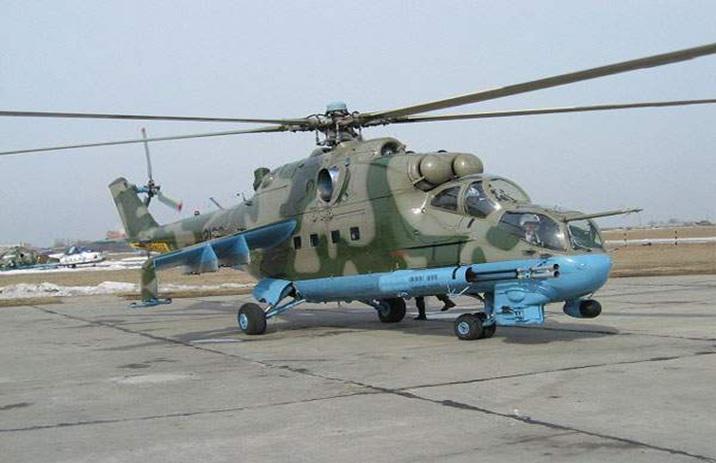 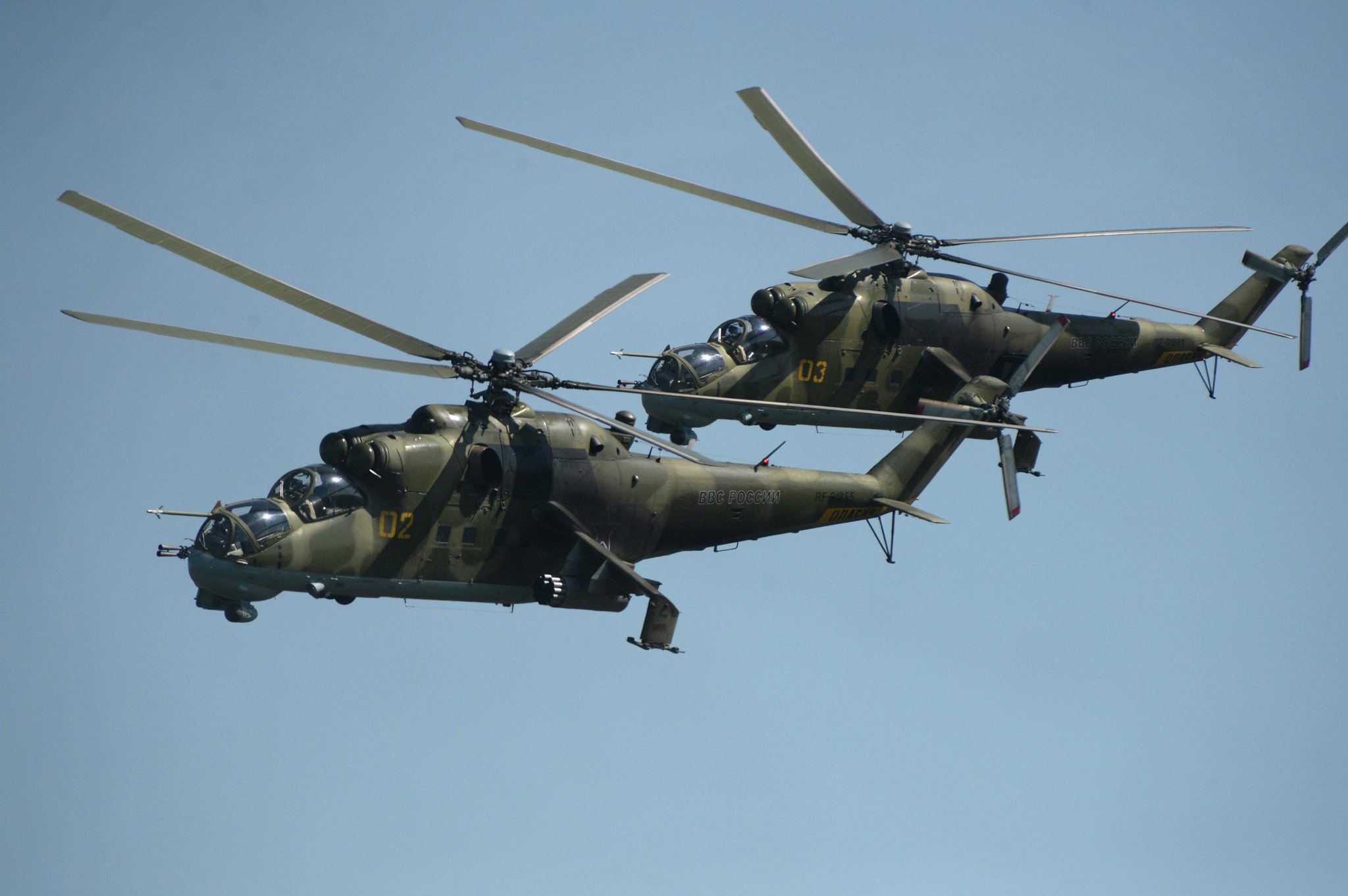 MI 24 attack helicopters.
#RussianHelicopters is performing a contract for the repair of four transport and combat #Mi24 P of the #Myanmar #AirForce.
W 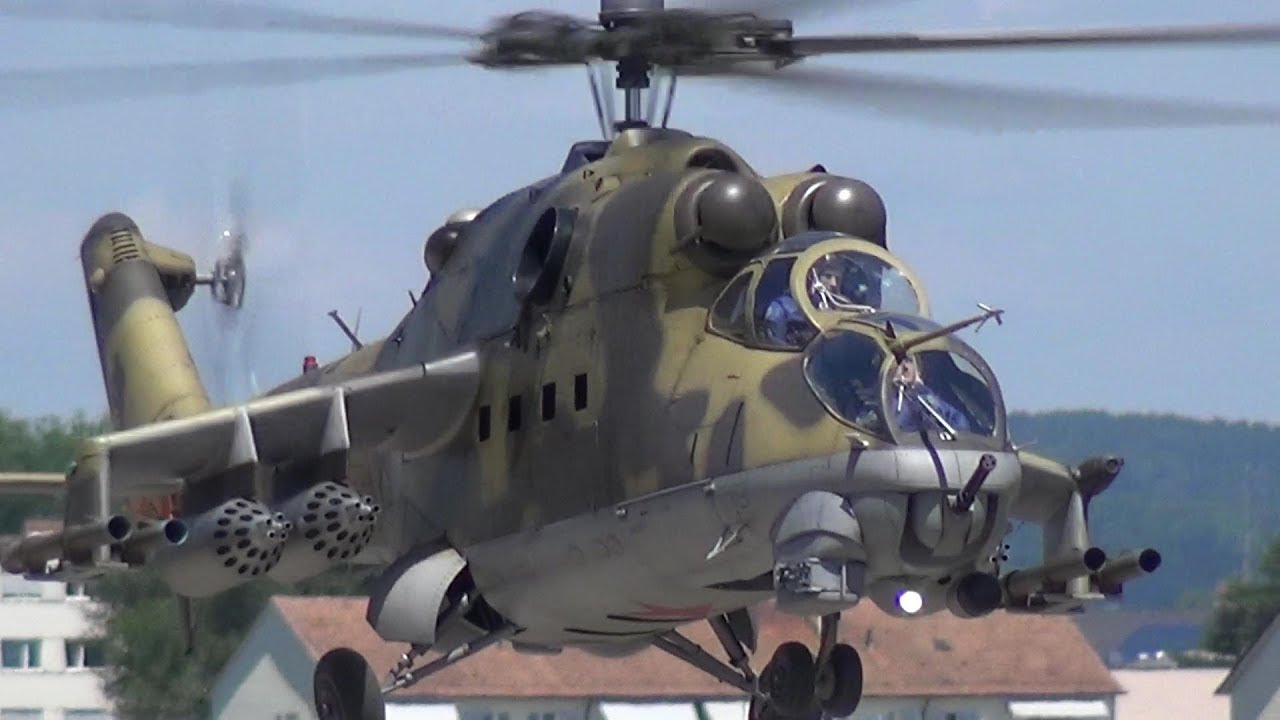 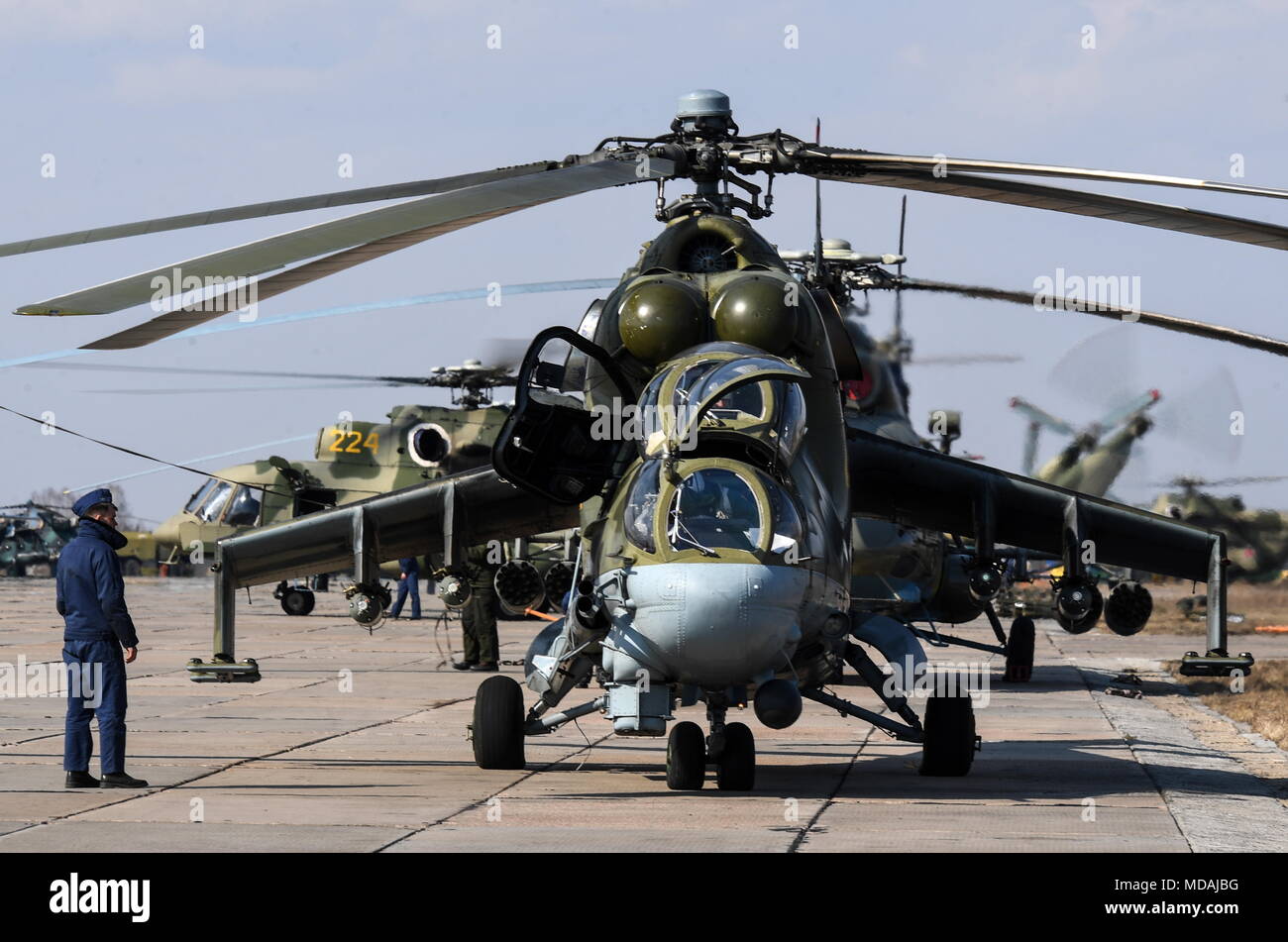 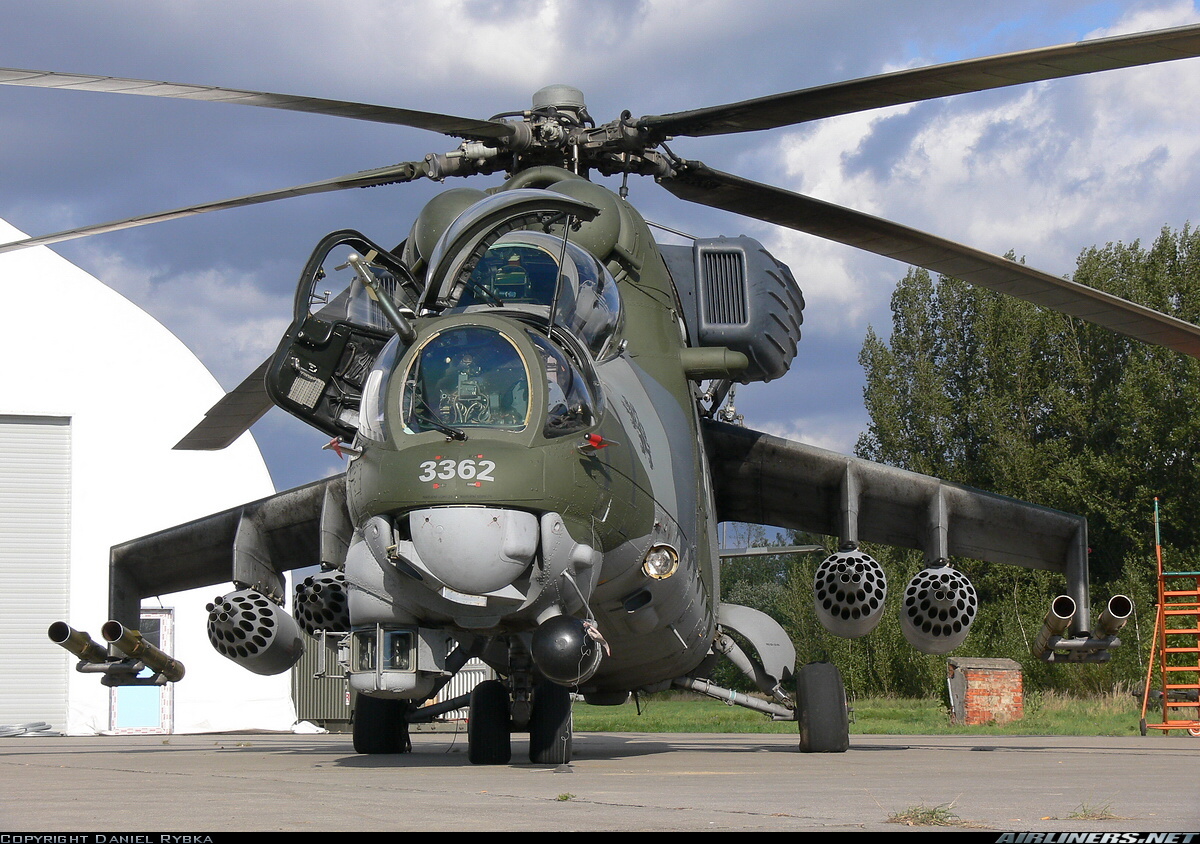 US to supply 159 Black Hawk helicopters to Afghan Air Force by 2021.
W

Pentagon released its latest report titled ‘Enhancing security and Stability in Afghanistan’, stating that India has transferred a total of eight Mi-35 helicopters to the Afghan Air Force, four during 2015/2016 and four more during 2018.

The report further adds that “This aid marks a significant departure from India’s previous policy of providing only non-lethal military assistance. Pakistani sensitivities towards Indian involvement in the country ultimately limited the assistance.”

The report also added that India has traditionally had strong ties with Afghanistan and remains the largest regional donor to the country ($3 billion since 2001).

Meanwhile, Pentagon said India desires a stable Afghanistan that does not harbor terrorists who could target Indian interests and does not have close ties with Pakistan.

In addition, Pentagon said there are no reports indicating that India has taken any serious action during the reporting period that would affect the situation in Afghanistan.

However, Pentagon said in the 1990s, India supported the former Northern Alliance; and maintains contact with Afghan power brokers.

On the other hand, Pentagon said “In the event of a U.S. drawdown in Afghanistan, India likely will attempt to continue its support to Afghanistan and try to limit Taliban, Pakistani, and Chinese influence. A significant deterioration of security conditions in Afghanistan, however, may adversely affect the ability of India to provide aid.”
http://defencenews.in/article/India...licopters-to-Afghan-Air-Force-Pentagon-585841