Aerospace engineering: Indian universities to be funded by EADS 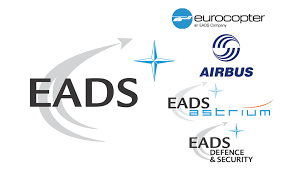 "The research projects will be in areas of avionics, composite materials, high-performance computing, nanotechnology and applied mathematics," EADS' Indian subsidiary said in a statement.

The Netherlands-based company will initiate the projects in partnership with the Indo-French Centre for Promotion of Advanced Research under the 'EADS-CEFIPRA Aerospace Programme'.

As part of the agreement signed at the India-France Technology Summit in New Delhi, the partners will also unveil the "EADS post-doctoral fellowship" for young French scientists to do research work in top Indian universities and research and development (R&D) institutions.

Recommended: 3 things that Aerospace Engineers do

"We will sponsor two-three French scientists as post-doctoral fellows annually to pursue research in aerospace for five years from 2014," EADS vice-president for innovation works (international operations) Arnaud Marfurt said in the statement.

Reiterating the company's commitment to invest in promoting aerospace research in India, Marfurt said that with a huge talent pool and top research institutes, India was an important innovation hub for EADS.

"The initiatives add value to our global R&D and engineering efforts and will enable us to get closer to our customers here," Marfurt noted.

On March 1 this year the European major set up a research chair in "Mathematics of Complex Systems" at the Tata Institute of Fundamental Research (TIFR) in Bangalore, held by Centre for Applicable Mathematics professor Mythily Ramaswamy and International Centre for Theoretical Sciences (ICTS) director Spenta Wadia.

"The chair's objective is to develop innovative research involving theoretical and computational work in mathematics of complex systems, including control theory and data assimilation," the statement added.

Under its Innovation Works division, the euro 57-billion ($78 billion) EADS has a research and technology centre in Bangalore where aerospace projects are executed with 460 employees.

In addition, about 300 Indian engineers work on its projects at research and engineering centres across the country.
The EADS group comprises Airbus, Astrium, Cassidian and Eurocopter with a combined workforce of about 140,000.

Aerospace engineering: Indian universities to be funded by EADS - Get Latest Education & College news & updates from Colleges at IndianColleges.com