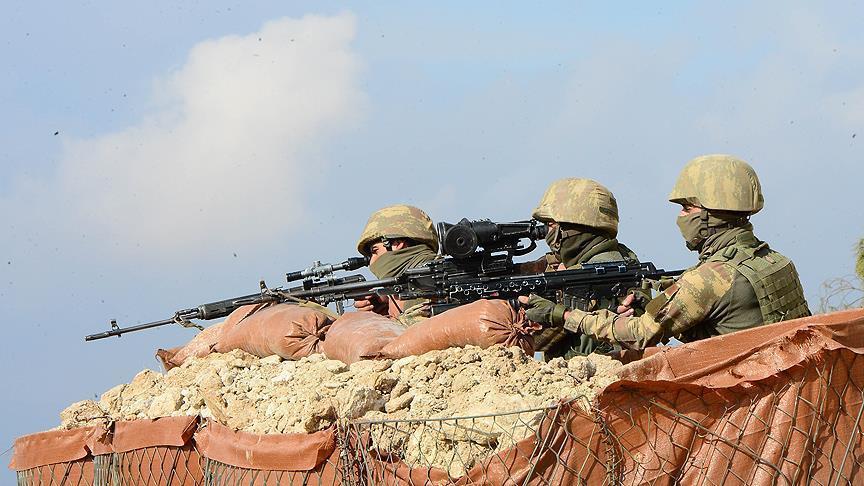 Turkish authorities often use the word "neutralized" in their statements to imply that the terrorists in question were either killed, captured or surrendered.

In a statement, the military said three of the neutralized terrorists were senior figures.

Seven Turkish soldiers were also martyred and 12 others were wounded during the operations carried out between May 18 and May 24.

During the operations, 37 improvised explosives were also defused while 11 weapon emplacements and shelters were destroyed, it added.

The PKK is listed as a terrorist organization by Turkey as well as the U.S. and the EU.

In its terror campaign against Turkey, which has lasted for more than three decades, over 40,000 people have been killed, including women and children.

Furthermore, the statement said 7,473 people were also held in the same period in May, while they were trying to pass through borders illegally.

Regarding Turkey's Operation Olive Branch in northwestern Syria, the statement said 4,474 terrorists were neutralized since the start of the operation, while 54 Turkish soldiers were martyred and 233 others were wounded.

The statement also said since the start of the operation, 225 landmines and 1,194 improvised explosives had been defused.