warmachine541 said:
Don't worry, China will come out with the same thing in a year.
Click to expand...

Not any more. There's sericeous restriction on outflow of data now.

Most chinese data-breaches are cut down now.

By the time world catch on to 6th Gen fighter production models, US would have already been flying 7th for over a decade.

We dont even know the requirements for a 6th gen or 7th gen aircrafts other than what those technologies are and if the countries are able to produce it. Example the U.S. wants to put 3 stream cycle engines on F-35s and NGAD but for Russia they say there are two different 3 stream cycle engines and detonation engines ground tested and still in development. Are countries switching to photonic or quantum radars? whats the progress?

According to Ryo Nemoto in Nikkei Asia, Mitsubishi is in discussions to have BAE Systems join the development of a next-generation fighter jet that the Japanese government aims to deploy in 2035. Japan and the U.K. have already decided to collaborate on engine parts and aim to hammer out the specifics of expanded cooperation by the end of 2022. The development of the F-X allows Japan to catch up to and counter Russian and Chinese stealth fighters. 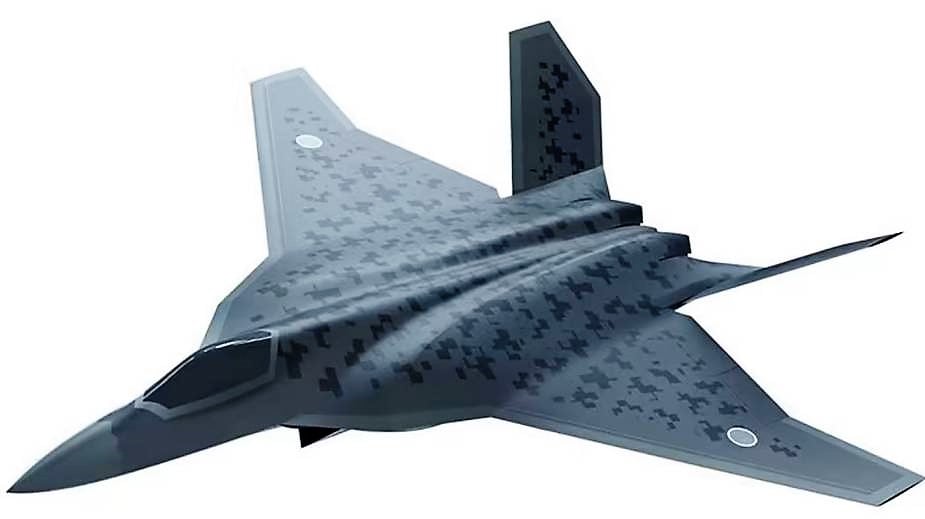 Let us recall that BAE Systems is already involved in the development of the U.K.'s next fighter aircraft, the Tempest. Seeing that both had similar timetables, Japan and the U.K. have decided there would be significant benefits to having a joint development effort, including cost reductions.

The Mitsubishi F-X (unofficially called F-3) is a sixth-generation stealth fighter in development for the Japan Air Self-Defense Force (JASDF). It is Japan's first domestically developed stealth fighter jet and will replace the Mitsubishi F-2 by the mid–2030s. Its development is to also bolster the nation's defense industry and potentially enter the international arms market amid Japan's change in defense posture. In October 2020, Mitsubishi Heavy Industries was selected as the lead developer.

The F-X program began when the United States banned exports of the Lockheed Martin F-22 Raptor as part of the 1997 Obey amendment in order to safeguard its technology. With Japan no longer able to purchase the F-22, a domestically developed fighter was chosen instead to replace Japan's aging fleet of fighter jets. Between December 2009 and August 2010, the Ministry of Defense conducted a study of developing a future fighter jet to replace the F-2. The research conducted called for a new fighter jet that would be a generation ahead of the contemporary fifth-generation fighter. The concept fighter was named the i3 Fighter (Informed, Intelligent, Instantaneous). Some technology and capabilities the concept fighter is to possess include advanced radar systems to counter stealth technology of other fighters, receiving targeting information from other platforms (drones, fighters, and/or airborne early warning and control aircraft), use of fly-by-optics (much like the Kawasaki P-1) to process information faster, stealth technology, gallium nitride semiconductors to improve radar performance, and a new, more powerful engine.

Mitsubishi Heavy Industries will be the main developer of the new jet. The engine is being handled by IHI and Rolls-Royce, which began work in January 2022 toward a demonstration aircraft to test performance.

Japan will require the 6th generation of fighter aircraft to have systems that integrate radar, missiles and other capabilities as well as a high degree of stealth. The ASM-3 has been developed for the F-X to use as the F-2 gets phased out. The F-X will be armed with a microwave weapon to disrupt incoming missiles. The microwave weapon is activated from the stealth fighter's AESA radar through the use of electron tube amplifiers capable of high efficiency and miniaturization.

Emphasis will also be placed on ensuring interoperability between Japan and the U.S. Japan will determine the scope of joint development with the U.S. and U.K. companies by the end of the year.

Japan plans on introducing unmanned combat aerial vehicles (UCAV) that can operate alongside the F-X, called the Combat Support Unmanned Aircraft. The drone program is similar to the Kratos XQ-58 Valkyrie or Boeing Airpower Teaming System project in which the drone acts as a "loyal wingman" to the controlling aircraft. There are two versions of the drone: one that is a sensor carrier and scouts for targets, and another that fires munitions and directs incoming missiles away from the parent aircraft. Both versions share the same design as each other. The drones are expected to be fully developed by the 2030s.

Prime Minister Fumio Kishida met with British Prime Minister Boris Johnson in the U.K. on May 5 and the two agreed in principle to cooperate on future fighter programs by the end of the year. Defense Minister Nobuo Kishi also explained Japan-U.K. cooperation during a May 4 meeting in Washington with U.S. Secretary of Defense Lloyd Austin.

Japan's development of the F-X, along with China, India and South Korea's stealth fighter programs, are noted as an increasing trend of Asian aerospace industries challenging Western and Russian dominance in the global fighter jet industry