The Sunni Muslim rebel group Jundollah said it was behind the attacks, telling Al Arabiyeh television in an e-mail that it had carried them out in retaliation for Iran's execution in June of the group's leader, Abdolmalek Rigi.

Rigi was hanged after being convicted of carrying out other deadly attacks. Jundollah says it is fighting for the rights of Iran's Sunni Muslim minority.

The suicide bombings took place near Zahedan's Grand Mosque, and Jundollah said they were carried out by relatives of Rigi and were aimed at a Revolutionary Guards gathering.

"The group said the suicide attacks were carried out by Abdolbaset Rigi and Mohammad Rigi ... and warned of more operations to come," Al Arabiya said.

"In the two explosions in Zahedan more than 20 people were killed and over 100 were injured," Fariborz Rashedi, head of the emergency unit at Sistan-Baluchestan province, told the official IRNA news agency.

It later quoted Zahedan prosecutor Mohammad Marzieh as saying that 21 people had died.


IRNA said the second attack was so strong that "body parts were scattered around the Grand Mosque."

Predominantly Shi'ite Muslim Iran arrested Rigi in February, four months after Jundollah claimed responsibility for a bombing which killed dozens of people, including 15 members of the Guards. It was the deadliest attack in Iran since the 1980s.

Zahedan is the capital of Sistan-Baluchestan province which shares a border with Pakistan. The province faces serious security problems and there are frequent clashes between police and drug dealers and bandits.

In Washington, U.S. Secretary of State Hillary Clinton condemned the attacks "in the strongest possible terms."

"This attack, along with the recent attacks in Uganda, Pakistan, Afghanistan, Iraq and Algeria, underscores the global community's need to work together to combat terrorist organizations that threaten the lives of innocent civilians all around the world," Clinton said in a statement.

Iran says Jundollah has links to Sunni Islamist al Qaeda and in the past has accused Pakistan, Britain and the United States of backing Jundollah to create instability in southeast Iran.

All three countries have denied this, and Jundollah denies having any links with al Qaeda.

In May 2009, a suicide bomber killed 30 people and wounded more than 120 in an attack on a mosque in Zahedan.

Iran is grappling with ethnic and religious tension in the southeastern province of Sistan-Baluchestan, where authorities have responded to attacks by Sunni rebels with a spate of hangings. Rights groups and the West have condemned the hangings.

Iran rejects allegations by rights groups that it discriminates against ethnic and religious minorities.

My heart goes out to the victims of this devastating attack. 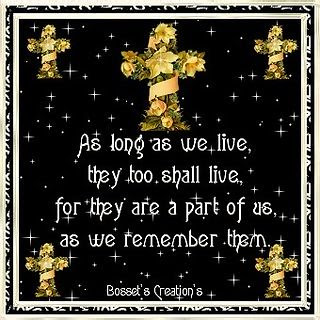 Head of Majlis National Security and Foreign Policy Commission Alaeddin Boroujerdi said that the people want authorities to prevent terrorist acts and demand that a solution be found to put an end to such incidents.

On July 15, two bomb explosions in quick succession took place outside the Zahedan Grand Mosque. At least 27 people lost their lives and more than 100 others were injured in the terrorist attack, which has widely been blamed on extremist Wahabis and Salafis trained by US intelligence in Pakistan.

"The Pakistani government and the country's Inter-Service Intelligence (ISI) which have relations with terrorists must reconsider and take necessary measure to confront these criminals," Fars News Agency quoted Boroujerdi as saying.

Pakistan's ISI was one of the parties involved in the creation of the Taliban as a force to counter the Soviet influence in the volatile region in the 1980's.

The ISI is widely believed to be linked to, and support militants in Pakistan and Afghanistan. The Pakistani military's Intelligence service, however, denies the allegations as baseless.

Broujerdi expressed hope that Iranian security and intelligence forces will increase their efforts in future so that such a tragic incidents would not be repeated in the country.

May the souls of the innocent R.I.P.
A

His remarks came after Jundullah, a Sunni Muslim rebel group, claimed responsibility of a terrorist attack in Zahedan city in southeastern Iran on Thursday where 27 people were killed and 306 others injured.

Larijani speaking in Parliament said the US is the major cause of the terrorist operation, added that, "today, is the day of embarrassment of the US which was involved in such a grisly crime and treachery."

"Unfortunately, confessions of Abdolmalek Rigi (the hanged leader of Jundullah terrorist group) were not released in media to disclose different trends involved in crimes against Iranian nations over recent years," Larijani continued.

"Terrorism needs to be confronted more seriously, given the fact that Pakistan is terrorists' shelter, Pakistani officials must be held accountable for the issue."

Double terrorist attacks came on Thursday night in a Mosque in southeastern city of Zahedan as Shiites gathered there to attend a ceremony marking birthday of Prophet Mohammad grandson Imam Hossein.

In a message sent to al-Arabiyya TV, Jundullah said its intention was to avenge the hanging of Abdolmalek Rigi, in June, after he was arrested in Pakistan and extradited to Iran in February.

Abdolmalek Rigi had been heading a terrorist group in southeastern Iran for some 5 years killing and injuring many Iranian citizens and officials, before he was executed.

RIP to the fallen.
A

Iran's deputy police chief accused Pakistan on Saturday of providing a haven for members of an armed rebel group that has claimed responsibility for the deadly twin suicide bombings last week in front of a mosque in the southeastern city of Zahedan.

Chief Ahmadreza Radan also said the authorities had detained 40 people who were seeking to create a disturbance in the city after the bombings, the semiofficial ILNA news agency reported.

The arrests appeared to be part of a crackdown in the Sunni-dominated province of Sistan-Baluchistan, where the rebel group, Jundallah, has been operating. Iran is predominantly Shiite.

Without naming Pakistan specifically, he issued a tough warning to "neighbors on the eastern borders" of Iran.

"The Islamic Republic considers it its right to deal with insurgents who disappear into the other side of the border," Chief Radan was quoted as saying.
E

Hmmm... but it makes me wonder... what could Pakistan possibly gain out of bombing a Shrine in Iran??? Nothing politically of course...

Could somebody enlighten me on this one ???
A

EnlightenedMonk said:
Hmmm... but it makes me wonder... what could Pakistan possibly gain out of bombing a Shrine in Iran??? Nothing politically of course...

Could somebody enlighten me on this one ???
Click to expand...

Hint:Iran is shia and in pakistan strict form of wahabi islam is supported by its sunni majority.Thats why there persecution of shias in parachinar and Northern area and even gilgit by sipah-e-sabah terror group supported by pak army.Pakistan supports the Jundallah group fighting on its behalf in iran just like L-e-t.Recently Jundallah's chief Abdolmalek Rigi was captured and hanged by iran .This bombing is revenge of that.
You must log in or register to reply here.
Similar threads
At Least 9 Killed in Bomb Attack Near Pakistan's Lahore
Shia massacre : Bomb kills eight Shiites in Pakistan
3 Pakistanis killed 15 injured in Latest Bomb blast
Afghanistan blast: Suicide car bomb kills 80, wounds hundreds in Kabul's diplomatic quarter
Share:
Facebook Twitter Reddit WhatsApp Link