Dog VS Germany: Shepherd dog of Germany is world famous. It is strong, swift, alert, energetic, cool and confident. It seems not easy to establish friendship with the shepherd dog. Germany, which launched two world war in last century, was like a crazy dog beating every thing that stopped it. But its loyalty also surprise others and want to make friend with it.

Pig VS Canada: Pig is considered as the envoy of peace and wealth. Canada is a big producer of pork. It has charming views, fresh air, vast land and well-paid jobs. Life in Canda is so calm and comfortable, just like pigs in the sty.

Mouse VS Japan: Although mouse has the smallest body in the twlve animals, it is the on the top of the list and its position has reasons. Energetic, aggressive, pervasive and adaptive, all these are the features of mouse and also reasons for being the first in the list. Japan, which is the first country to see the sunrise everyday, having small territory but huge population, as well as shortages in resources and energies, unexpectedly become an economi power in the world. Japan’s success relies on its sensitivity, prudence and capability in research and development.

Ox VS Russia: The former world largest country USSR has already disintegrated, however, her eldest one Russia still shows great power in world structure. Mostly located in Asia, Russia stretched its oxhorn into Europe and that’s why Russian is considered as European. Russia has an innate nature of ox and dare to battle any one, especially tiger US.

Tiger VS America: Tiger is fierce, valiant and is the king of animal world in fairy tales. United States of America is just like a tiger who wants to be the king of the world, stretching its claws to every place of the world. However, after several defeats outside, this tiger gradually loses the dominant control over of the world.

Rabbit VS United Kingdom: Comprising by England, Scotland, Walse and North Ireland, United Kingdowm looks just like a Rabbit with three-lipped mouth. The famous Alice Adventure in Wonderland tells a story of a little girl who chased a rabbit and fell into a wonderland. Rabbit is cute, naughty, with a little bit ruffianism in nature. United Kingdom, the country which created the mostly used language—English, is a country people want to “take adventure”—to travel, study and play football their.

Dragon VS China: Dragon, is a fictional image Chinese people created, and is also the most respectable and favorate “animal” in China. It is a huge and misterious animal. China is just a dragon, although it used to be powerful and distinguished in the world, it also suffered troughs. But now, the dragon emerged again and is determined to create more wonders to the world.

Snack VS India: Cobra is a divine image in Indian fairy tales and street cultures. Craftmen control the cobra with flute. India used to be an ancient civilization, but now it is not only a populous country, but also a country with rapid development in technology and military.

Horse VS Italy: the map of Italy looks like a boot, or a foot who are going to shoot goals. As for me, it is more like a horse’s hoof. In the period of renaissance, Italy created a lot of uncomparable achievement, especially in art and technology. Horse is also a romantic anmimal. It is always related to handsome princes.

Goat VS Austrilia: Austrilia is called the country on the back of goat. The first immigrants came to Austrilia with some 20 goats. Due to the vast grassland, animal husbandry developed rapidly ther. Right now, the number of goats is 20 times of its population.

Monkey VS France: Naughty monkey likes to imitate human beings, sometimes cute, sometimes unruly. In Europe, France has been trying to be the leader, however, its wish can not be easily come true.

Rooster VS Brasil: Rooster is not quite distinguished in the twelve animals. It almost exists every where in our life. Actually some roosters are very beautiful with colourful feathers. Brasil is called the melting pot of ethnics, people of different skin colours live there, just like the feather in the rooster. Additionally, Brasil is the world largest exporter of chickens.

Nah, we love snacks. Gol Gappa is my favourite.

It is tiger, more than snakes, that represent India.

I found Tiger vs. America funny. The only place you'll find tigers in the US is the zoos. 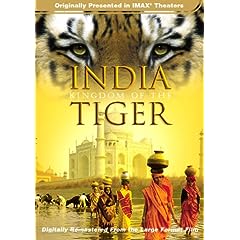 its just depicting twelve countries with regard to the twelve signs of the chinese astrology
You must log in or register to reply here.
Similar threads
Animals in the Armed Forces
India's Beautiful Stray Animals
Tripura HC bans animal sacrifice in all temples with immediate effect
How animal herding can stop desertification and reverse Climate change
Share:
Facebook Twitter Reddit WhatsApp Link