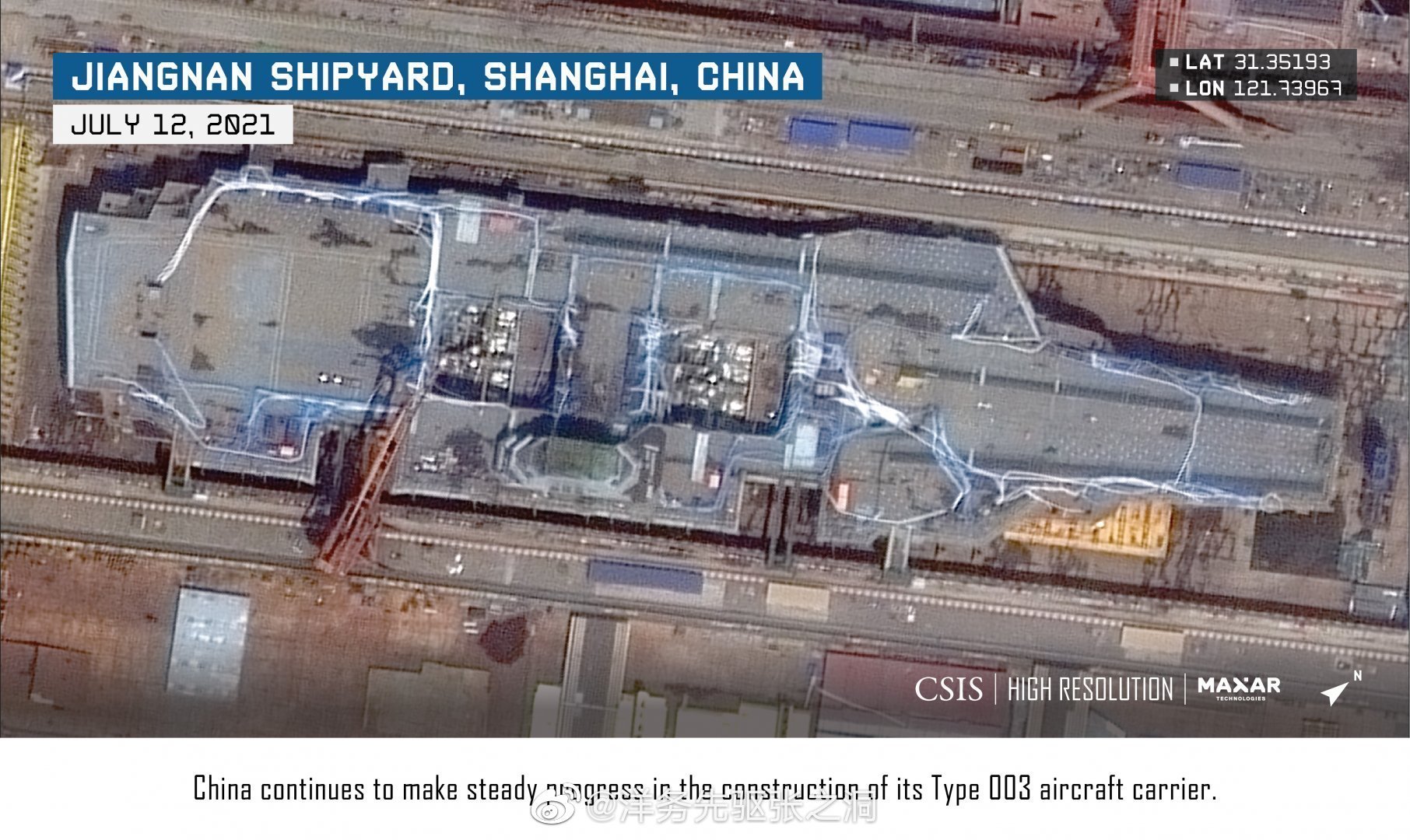 skywatcher said:
It seems the 003 carrier could be launched by the end of 2021.
Click to expand...

This speed is amazing~!
Maybe the type 004 process is already in preparation

Alien_cat26 said:
This speed is amazing~!
Maybe the type 004 process is already in preparation

The modules might be already produced and stored indoor.
S 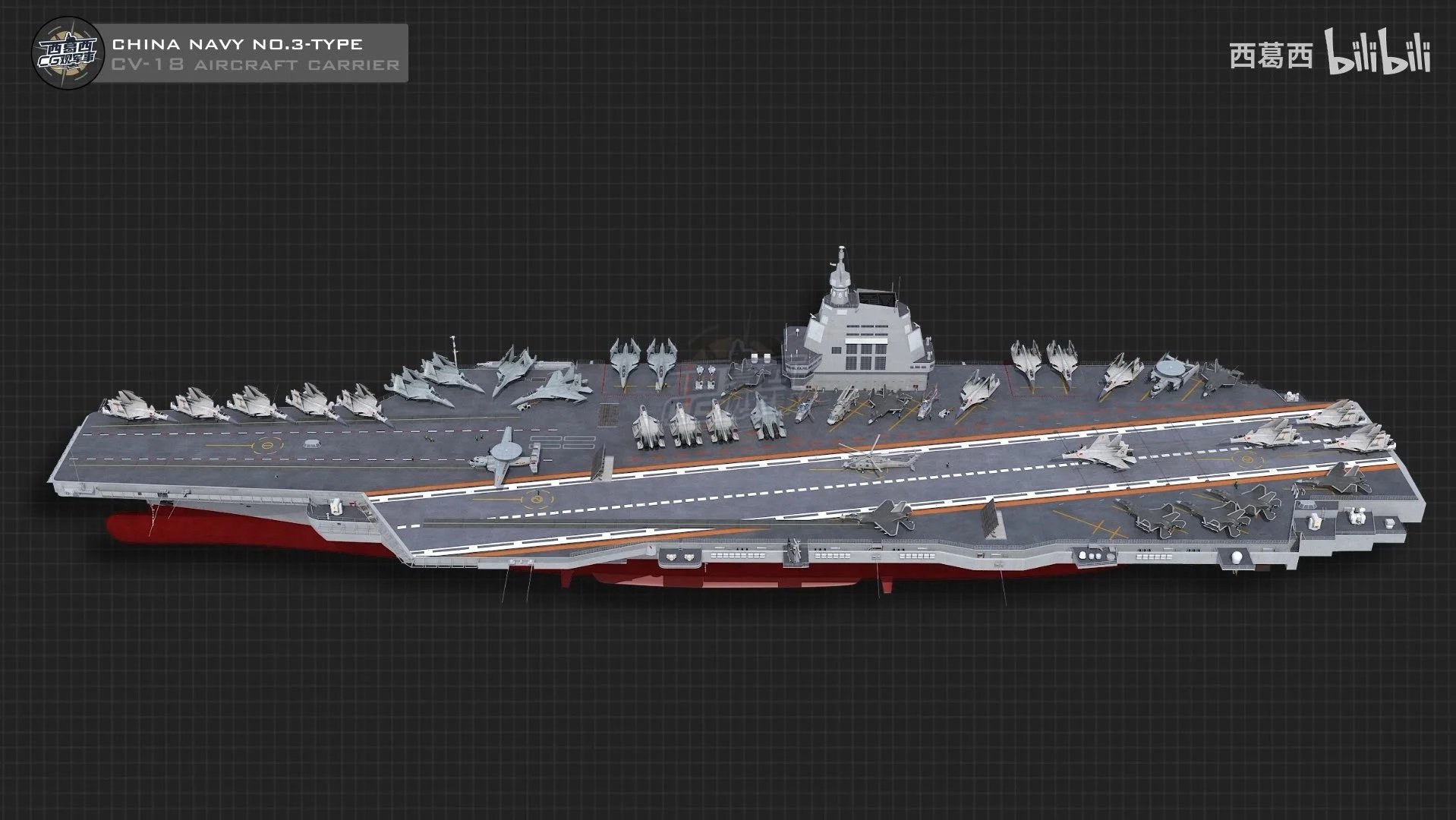 Alien_cat26 said:
This speed is amazing~!
Maybe the type 004 process is already in preparation

The Type 004 is more likely to be in Dalian (according to rumors and leak): China’s second aircraft carrier has officially entered naval service, and at least one more is already in build.

Little is known of the Type 004 carrier that is apparently in the early stages of construction at the Dalian yard. It has been suggested that this will be nuclear-powered
Click to expand...

Dalian shipyard CEO leaked in March 2018 on Chinese social media suggesting that the nuclear-powered Type 004 aircraft carrier would be part of the upcoming orders portfolio but then had to remove post.
S 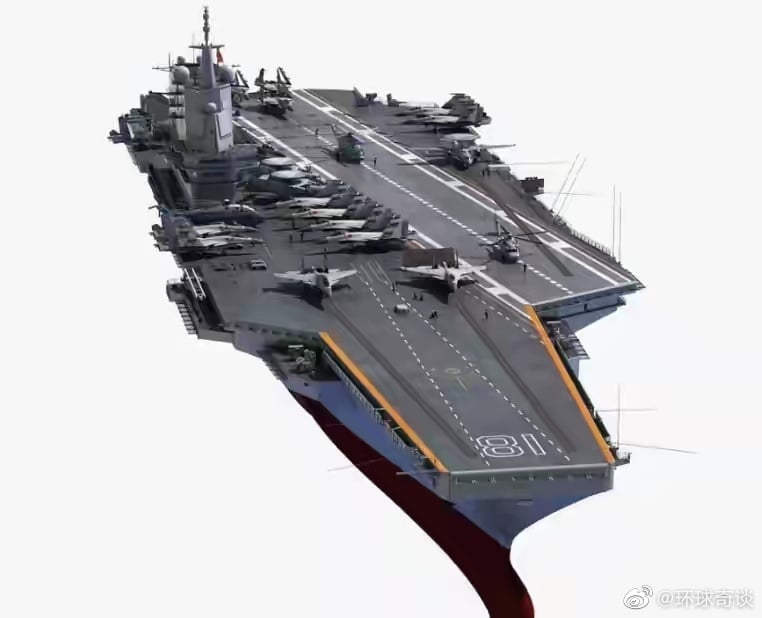 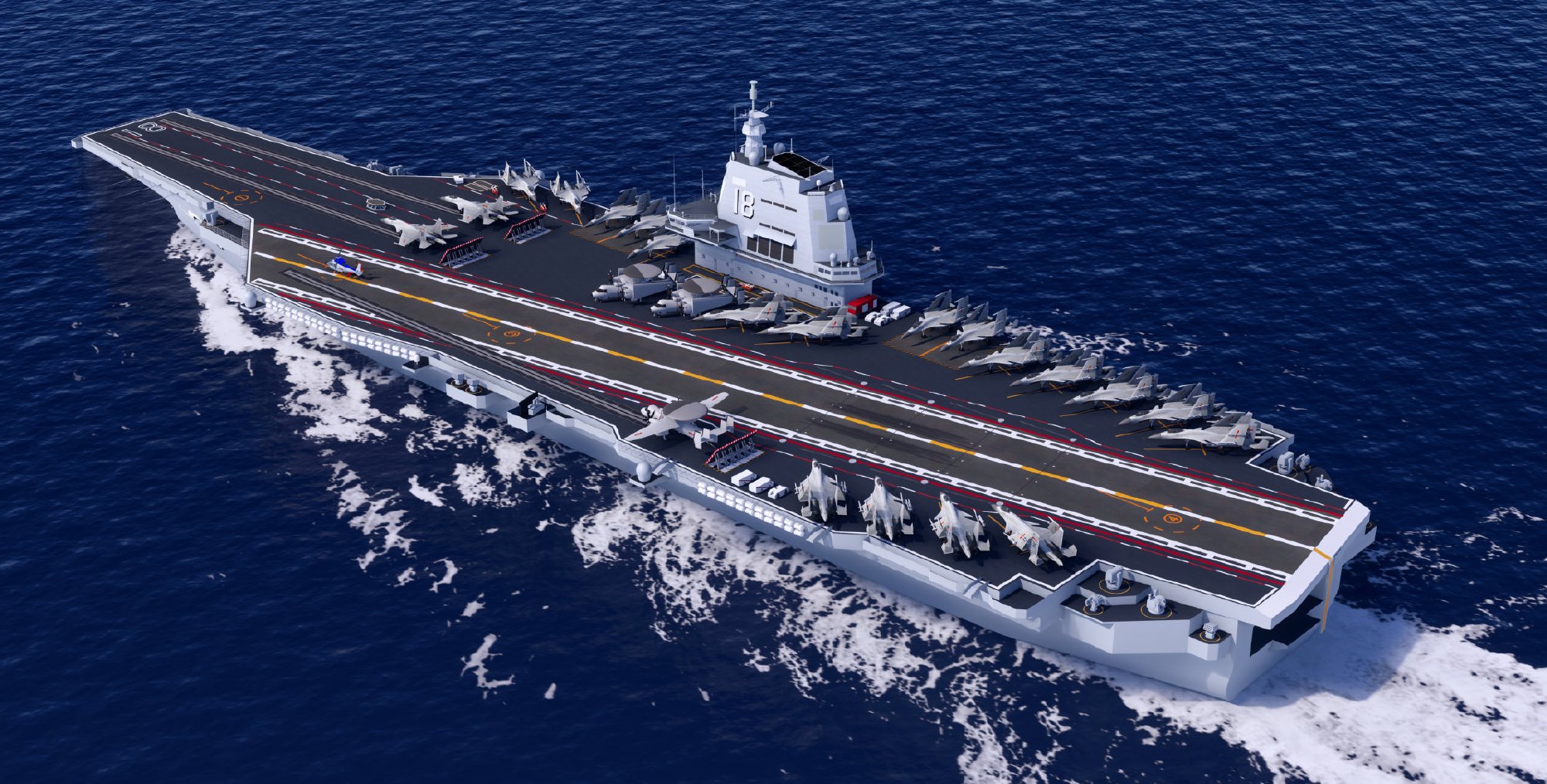 Can the Catapult version of these aircrafts, theoretically, do an arrested landing in a different carrier and then proceed to do a STOBAR take off?

Hariharan_kalarikkal said:
Can the Catapult version of these aircrafts, theoretically, do an arrested landing in a different carrier and then proceed to do a STOBAR take off?
Click to expand...

Yes, the J-15B (or T) will eventually be the only version built in the coming years and one or both of STOBARs will be around for at least 50 years.

The J-35 should be fitted at some point with the WS-19 which is supposed to be 110KN. That should give it enough thrust to fly off a STOBAR carrier with a decent load. The first ones built for CV18 might be using an interim WS-13 variant (like J-20 is using the WS-10 before WS-15.) WS-13 is roughly comparable to the RD-33. WS-13E is supposed to have enhanced thrust. A J-35 with WS-13E might be comparable that of the MiG-29K in STOBAR landing and take off.

The KJ-600 AEW/COD/ASW aircraft will not be able to launch from a STOBAR.
J

US Study: Chinese army faces problems in weapons innovation, relying on foreign acquisitions | WION
According to a US study, the Chinese military is facing a lack of domestic innovation and corruption in its defence industry. The report by the Rand Corporation identified China as the “clear pacing threat” to the US in terms of investment in military capabilities but found that much of its progress was the result of intellectual property theft, foreign acquisitions and joint ventures.

CCP military's biggest weakness is unreliable aircraft engines and outdated avionics which have fallen decades behind the west, according to the latest RAND report. If CCP military engines were truly reliable, why are they not on the latest JF-17s being sold to other countries? Why are even the newest JF-17s for export being produced using Russian engines? After all, the engine is a big part of the cost of an aircraft. If CCP military had the capability of making decent, reliable engines for even such a small aircraft as JF-17, why have they not done so already? After all, they could be making a lot more money by selling JF-17 with their own engines instead of losing this money to Russian engines. If they had the capability to create their own reliable engines for the JF-17 export, the CCP military would've done this already: CCP is too greedy to let that much money slip through its fingers. Yet decades after the JF-17 was first produced, we still see it being sold to other countries only with the Russian engines. There are also several reports of carrier aircraft crashes due to which CCP navy had to revert to using Russian engines in their carrier aircraft. 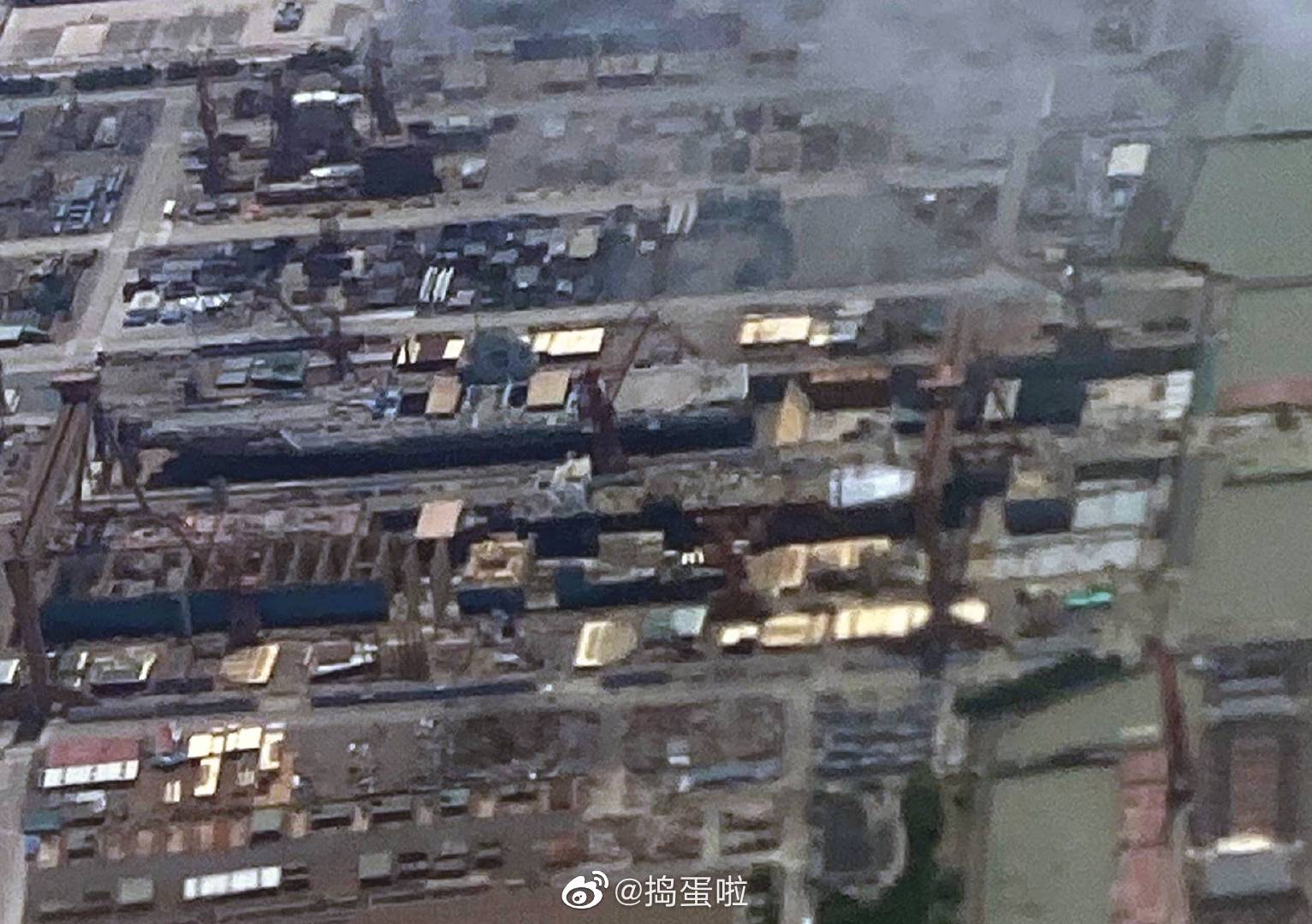